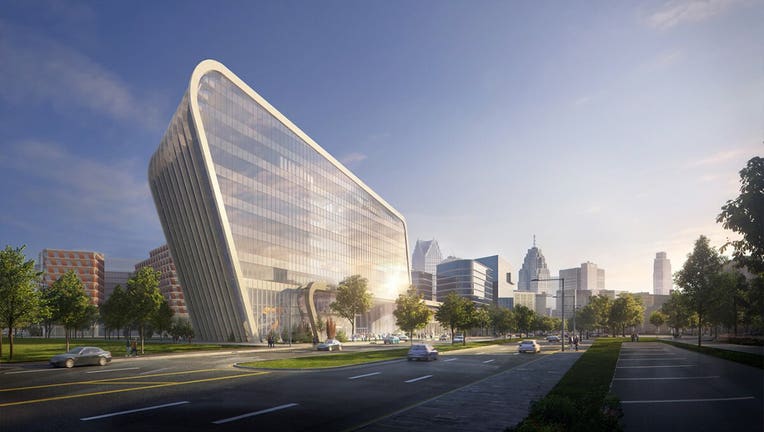 Rendering of Detroit Center for Innovation, upon completion. Photo via KPF Associates

DETROIT - A new innovation hub that will be built in Detroit will come with commercial office space, green space, housing, while acting as an education center for the University of Michigan.

It will also come with a $250 million price tag.

The Detroit Center for Innovation will be built in The District Detroit as a three-building campus on a four-acre spot of land downtown. It will operate as an education and research arm of U-M that will come with technology incubator.

"As a native Detroiter, I believe it is critical for the DCI to have a catalytic economic and social impact on the people of Detroit. That impact will be best achieved in The District Detroit where it will connect with existing density and ignite additional development…," said Ross.

The new Detroit Center for Innovation is being built through a partnership with Ilitch-owned Olympia Development, real estate firm Related Companies, and the University of Michigan.

The campus will be located between Cass and Grand River, and between W. Columbia and Elizabeth Street. Currently, the Ilitch-owned land is a parking area that's ready for development.

A groundbreaking on the three-building campus is slated for 2023.

"The Detroit Center for Innovation will increase access to opportunity for Detroiters, help nurture and retain talent, and drive positive social and economic impacts throughout the city, region, and state," said Christopher Ilitch, President and CEO of Ilitch Holdings, Inc.

The center will service students at U-M who are in their final year of undergraduate studies or in graduate school, adding to the university's presence in Detroit.