The companies now have 30 days to give the agency a schedule to notify owners and begin the recalls. 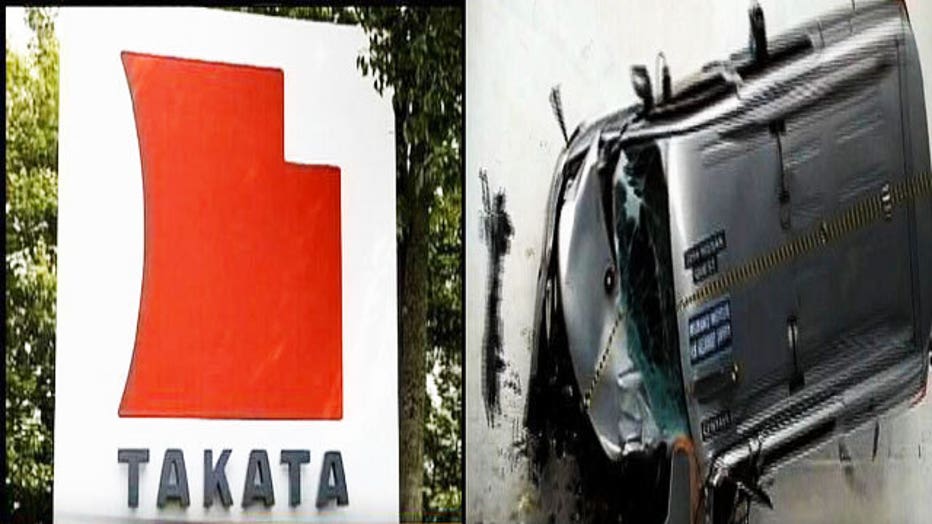 Takata used ammonium nitrate to create a small explosion to inflate airbags in a crash. But the chemical can deteriorate over time when exposed to high heat and humidity and can burn too fast, blowing apart a metal canister and hurling shrapnel into drivers and passengers.

The airbags have caused at least 27 deaths worldwide, including 18 in the U.S. About 400 have been injured.

The problem caused the largest series of auto recalls in U.S. history, with at least 67 million inflators recalled by 19 automakers. A court-appointed monitor reports that as of early January, 50 million had been repaired or were otherwise accounted for. About 100 million inflators have been recalled worldwide.

All of the vehicles covered by the recall announced Tuesday have a moisture-absorbing chemical in the inflators that Ford and Mazda said made them safe. But the safety agency disagreed and denied the automakers’ petition to avoid the recall.

The Ford and Mazda inflators are the earliest generation made by Takata that used calcium sulfate as a drying agent. In its decision denying the Ford petition, NHTSA wrote that the ammonium nitrate could degrade, a sign that it could explode too aggressively. "The evidence makes clear that these inflators pose a significant safety risk," the agency wrote.

NHTSA has determined that 56 million other inflators with different moisture-absorbing chemicals are safe and do not need to be recalled.

The agency urges people to check for open recalls of their vehicles at https://www.nhtsa.gov/recalls. Owners should enter their 17-digit vehicle identification number, which usually is printed on state registration documents.