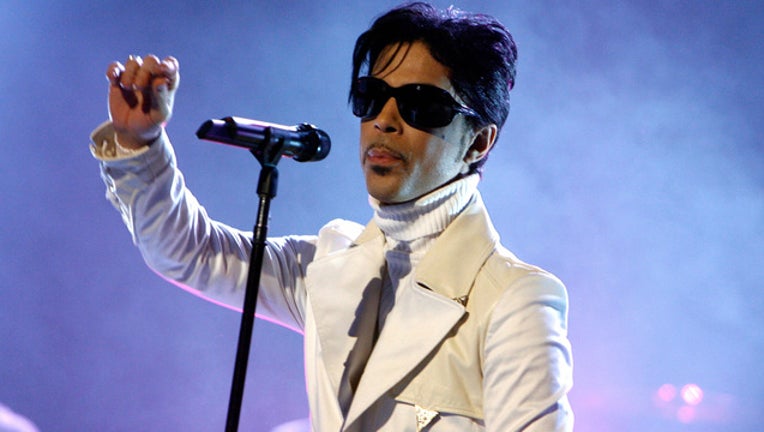 MINNEAPOLIS (AP) - A Minnesota doctor accused of illegally prescribing an opioid painkiller for Prince a week before the musician died from a fentanyl overdose has agreed to pay $30,000 to settle a federal civil violation, according to documents made public Thursday.

The settlement between the U.S. Attorney's Office and Dr. Michael Todd Schulenberg comes as state prosecutors announced Thursday morning that they would not be filing criminal charges in Prince's death.

Schulenberg was not a target of any criminal investigation, federal prosecutors said in a letter to his attorney. His attorney, Amy Conners, released a statement Thursday saying "there have been no allegations made by the Government that Dr. Schulenberg had any role in Prince's death."

Prince was 57 when he was found alone and unresponsive in an elevator at his Paisley Park estate on April 21, 2016. An autopsy found he died of an accidental overdose of fentanyl, a synthetic opioid 50 times more powerful than heroin. State and federal authorities have been investigating the source of the fentanyl for nearly two years, and no one has been criminally charged.

But federal prosecutors and the U.S. Drug Enforcement Administration alleged Schulenberg, a family physician who saw Prince twice before he died, violated the Controlled Substances Act when he wrote a prescription in the name of someone else on April 14, 2016.

The settlement, dated Monday, does not name Prince or make any references to the Prince investigation - but search warrants previously released say Schulenberg told authorities he prescribed oxycodone to Prince on April 14 and put it under the name of Prince's bodyguard and close friend, Kirk Johnson, "for Prince's privacy." Schulenberg's attorney disputed that, saying Schulenberg did not prescribe opiates to any patient with the intent that they go to Prince.

"After he learned of Prince's addiction, he immediately worked to refer Prince to a treatment facility and to transfer care to a chemical dependency specialist," Conners said.

She said Schulenberg decided to settle to avoid the expense, delay, and unknown outcome of litigation, and that "he made no admission of facts nor liability and denies any such liability."

Oxycodone, the generic name for the active ingredient in OxyContin, was not listed as a cause of Prince's death. But it is part of a family of painkillers driving the nation's overdose and addiction epidemic, according to the U.S. Centers for Disease Control and Prevention. Nearly 2 million Americans abused or were addicted to prescription opioids, including oxycodone, in 2014.

A laboratory report obtained by The Associated Press notes that one of the pills found in a prescription bottle in Paisley Park that bore Johnson's name tested positive for oxycodone.

"Doctors are trusted medical professionals and, in the midst of our opioid crisis, they must be part of the solution," U.S. Attorney Greg Brooker said in a statement Thursday. "As licensed professionals, doctors are held to a high level of accountability in their prescribing practices, especially when it comes to highly addictive painkillers. ... We are committed to using every available tool to stem the tide of opioid abuse."

Under the settlement, Schulenberg has 30 days to pay $30,000 to the U.S. government. He also agreed to stricter requirements for logging and reporting his prescriptions of controlled substances for two years. Among them, he must keep detailed logs of all controlled substances he prescribes, allow the DEA to inspect the logs and other records without prior notice, and allow the DEA access to his prescribing history on demand.

It's illegal for a doctor to write a prescription for someone under another person's name. Anyone convicted of doing so could lose their DEA registration - meaning they could no longer prescribe controlled substances - and could face discipline from their state medical board.

The settlement says the DEA won't revoke Schulenberg's registration, unless he does not comply. It's unclear whether the state medical board will take action. His license is currently active and he has no disciplinary action against him.

A confidential toxicology report obtained by The Associated Press in March showed high concentrations of fentanyl in the singer's blood, liver and stomach. The concentration of fentanyl in Prince's blood alone was 67.8 micrograms per liter, which outside experts called "exceedingly high."

Prince did not have a prescription for fentanyl. Search warrants unsealed about a year after he died showed that authorities searched his home, cellphone records of associates and his email accounts to try to determine how he got the drug. Authorities found numerous pills in various containers stashed around Prince's home, including some counterfeit pills that contained fentanyl.

While many who knew Prince over the years said he had a reputation for clean living, some said he also struggled with pain after years of performing at an intense level. Documents unsealed last year paint a picture of a man struggling with an addiction to prescription opioids and withdrawal, and they also show there were efforts to get him help.

Associates at Paisley Park told investigators that Prince was recently "going through withdrawals, which are believed to be the result of the abuse of prescription medication," according to an affidavit.

Just six days before he died, Prince passed out on a plane, and an emergency stop was made in Moline, Illinois. The musician had to be revived with two doses of a drug that reverses the effects of an opioid overdose.

The day before his death, Paisley Park staffers contacted California addiction specialist Dr. Howard Kornfeld as they were trying to get Prince help. Kornfeld sent his son, Andrew, to Minnesota that night, and the younger Kornfeld was among those who found Prince's body. Andrew Kornfeld was carrying buprenorphine, a medication that can be used to help treat opioid addiction.