Traffic heading north up I-75 was at a standstill starting at 12 Mile because of a crash at Big Beaver Tuesday morning, but it was cleared just a couple of hours later.

MDOT reported the crash happened on northbound I-75 at Big Beaver but traffic was closed starting at 12 Mile. The accident happened around 10 a.m.

Video from SkyFOX showed multiple passenger cars and a semi-truck were all involved in the crash.

Michigan State Police said a total of five vehicles were involved and, fortunately, nobody was injured.

The Modernize I-75 project is taking place on that portion of I-75 and the ramps to 14 Mile are closed.

Around 11:25, MDOT reported the accident had been cleared. 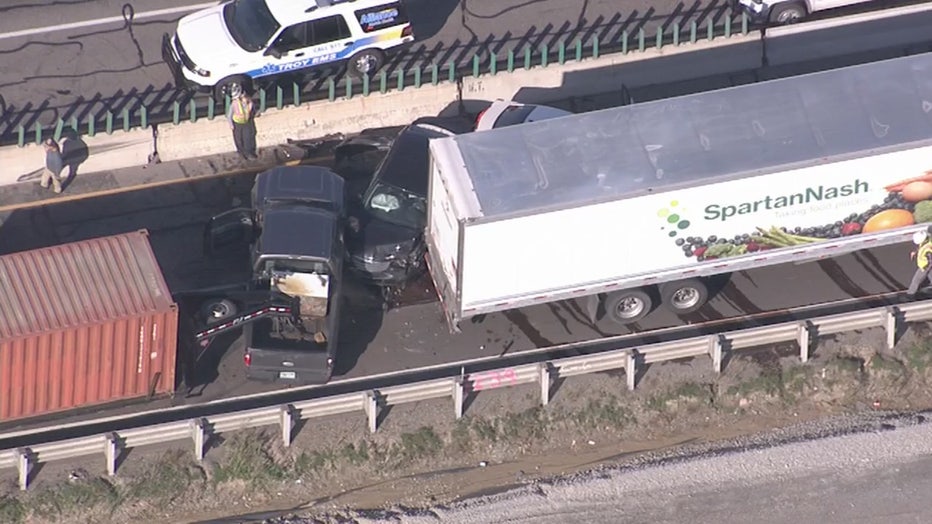