OAK PARK, Mich. - It’s amazing what you can do with a little paint. Just ask the new Nine Mile.

It’s a little more colorful and has slimmed down quite a bit. It shed a couple of exits and has taken up gardening as a hobby.

Oak Park has put your Nine Mile on a diet, and its before-and-after photos are dramatic.

“We’re changing how people view the area. We’re rebranding it, attracting people to want to visit it and making it more walkable and bikeable,” said Kimberly Marrone, the economic development and communications director with the city of Oak Park.

The new Nine Mile is here

The city’s manager knows Oak Park is a bedroom community. But that doesn’t mean it can’t amplify its identity for its own residents and those passing through. And five years ago, they sought out to do just that.

“Back in 2014, we were looking at traffic on Nine Mile Road, looking at vacant storefronts, asking what we could do to change the outlook of Oak Park,” Marrone said. “When Nine Mile was built, it did need five lanes. But the traffic patterns have changed.”

After securing a grant from MDOT and the Southeast Michigan Council of Governments (SEMCOG) for $1.8 million, the city commissioned a study that would analyze traffic patterns on the road, while also engaging the community for input on their preferences. From there, a formal design plan was established.

The city’s planning department reduced its five lanes to three, with one being a turning lane, and implemented a new bike lane on both sides. This form of holistic urban planning has a name: “Road Diet.”

Considering the ever-expanding sprawl of suburbia, it may feel backwards to reduce the amount of space for vehicles to travel in. In fact, Oak Park’s decision - while among a collective few enacting this new practice - isn’t a radical new idea. Another city putting this into practice? Detroit.

“In my experience working, this is all pretty new,” said Bonnie Yu, an MDOT project manager. “Coming from the city (Detroit), in about the last three years or so, they’ve been coming to us more often with these road diet implementations.”

Yu’s latest project has been reducing a three-mile strip of Grand River between M-39 and Berg Road from seven lanes down to five and adding a two-lane bike path on the north side of the road.

The project will implement new mid-block crossings, median islands and painting parallel parking spaces adjacent to businesses. Oak Park’s project is following a similar formula, by dotting the turning lane with medians that make crossing the road easier, as well as increasing the number and accessibility of parking at area businesses.

Changing the layout of major roads does a lot to the people that use them - and that doesn’t mean increased traffic. By reducing the number of lanes, there are fewer places where accidents can happen. The width of those lanes also is reduced, which has a psychological effect of slowing drivers down.

At the same time, these projects also promote more pedestrian and bicycling growth and safety. This is a win for both the businesses along the road, as well as residents wishing to access them. When MDOT consulted residents about the project on Grand River, there was largely fanfare.

“For this project, they really do love this idea,” Yu said. “It’s not that we’re doing just the road diet, but a streetscape as well. We’re making it more of a downtown area.”

Oak Park has fully embraced this same sentiment, taking it a step further by literally closing to exits along Nine Mile, and replacing them with “pocket parks.” During a pilot program on one of those streets, they surveyed residents how they felt about the project. Before, 64 percent were in favor. After, 83 percent felt the same way. 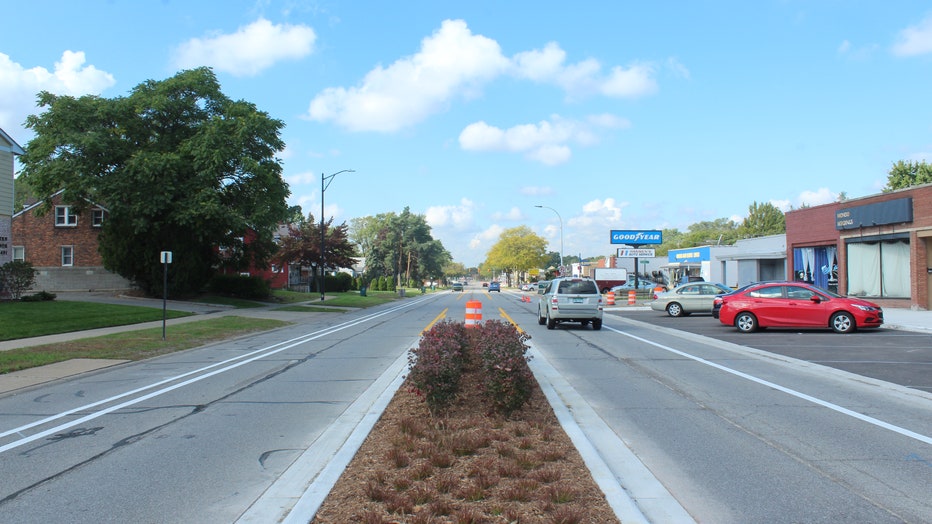 “I think what we’re doing is recognizing the form and function are one of the same,” said Oak Park City Manager Erik Tungate. “Even for a bedroom community like ours, I think these projects, in the end, will be really unique and really cool.”

This road design is incomplete, however. While phase one stretched from Pinecrest Drive in Ferndale to Coolidge Highway in Oak Park, the city is planning on taking up phases 2 and 3 in the coming years.