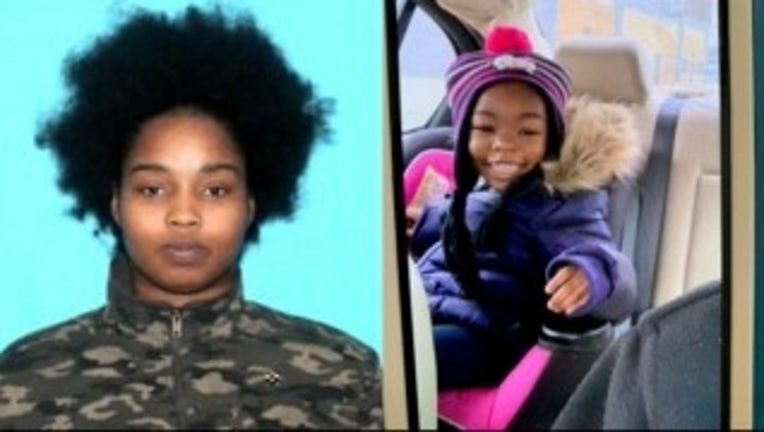 PONTIAC, Mich. - The Oakland County Sheriff's Department is looking for a 3-year-old girl who is believed to have been taken by her mother on Monday.

Queen Jaiyana-Eloise Norton had been with her father in Pontiac when she was abducted by her mother who stole the car she was in.

People concerned by Norton's disappearance are asking for the public to keep an eye out for the 3-year-old girl.

She is believed to be wearing a purple winter coat with a fur collar, a hood, dark leggings, black boots, and a purple-striped winter hat.

Law enforcement is searching for Queen Jaiyana-Eloise Norton, who is believed to have been taken by her mother sometime Monday. She's 3 years old, 45 pounds, and has black hair and black eyes.

She was last seen in the 300 block of Martin Luther King Jr. Blvd. in Pontiac. The vehicle she was taken in is a 2004 light blue Jaguar x-type with a paper plate.