Riggs, a 2-year-old Dutch shepherd died in the arms of his handler, Deputy Harvey Wilson. Riggs was exercising while on duty at Meadow the Brook Amphitheatre at Oakland University. 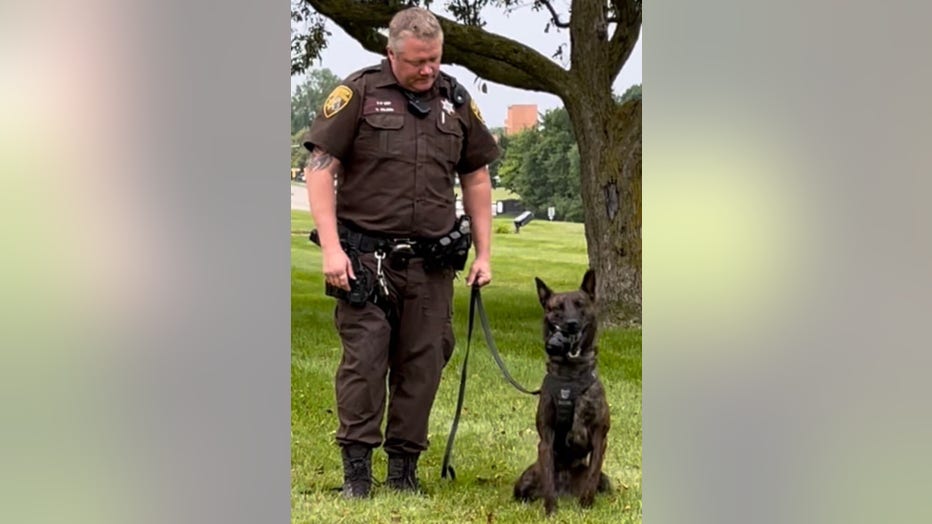 Michigan State University performed a necropsy. Riggs appeared to have been in excellent health and may have had a genetic defect.

Riggs was from the Netherlands and bought by the sheriff's office in September 2020.

He was a utility and narcotics patrol K-9 assigned to the Commerce Township substation. During the eight months he was with the sheriff's office, he was part of 18 tracks, nine narcotics-related vehicle searches, and six building and outdoor searches for hiding suspects.

"Our animals are such a great part of our life and impact us in so many positive ways and their passing leaves a huge void," Sheriff Michael Bouchard said. "Especially in this circumstance where this was one of our newer dogs that had showed such great promise and connection with people. He will be greatly missed."