Preparations will get underway in October to expand the shoulders of westbound I-696 from Evergreen to I-27, with plenty of pavement repair planned as well.

SOUTHFIELD, Mich. (FOX 2) - With the nearly 7-year long project modernizing I-75 coming to a conclusion in a year, the road crews in Oakland County are already pivoting to their next project: I-696.

The Michigan Department of Transportation announced on Thursday it's planning a massive overhaul of 11 miles of I-696 from Evergreen to I-275 and it is all expected to start in 2023.

The I-75 modernization project, which was started all the way back in 2016, is expected to be done by the fall of 2023. Now MDOT is planning to revitalize its other major travel artery with a rebuild of 696 including exit ramps being rebuilt, storm sewer replacement, and widening shoulders. 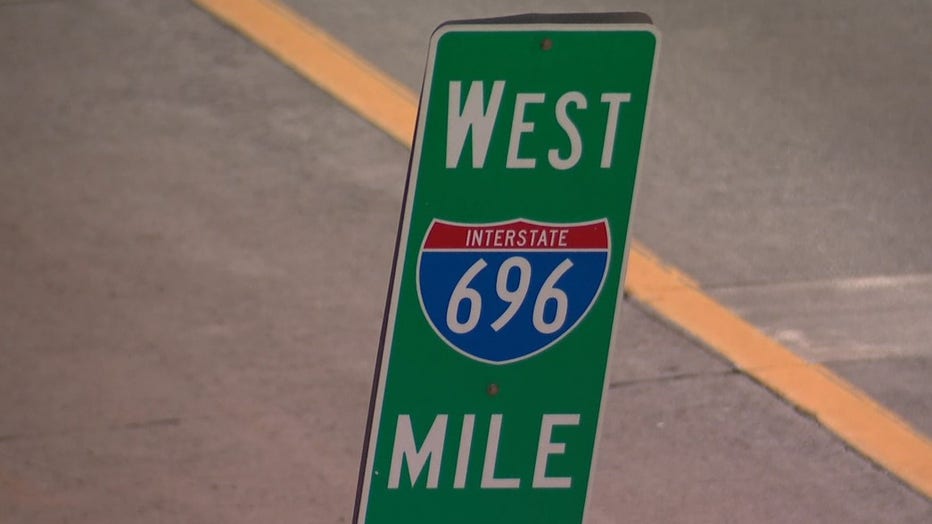 Work will start next year on the rebuilding of the freeway ‘from the base up,' according to a press release on MDOT's website. This includes storm sewer replacement work, rebuilding ramps at Orchard Lake Road, American Drive, Franklin Road, M-10 (Northwestern Highway), and US-24 (Telegraph Road).

Prep work actually starts in October of 2022 when crews will work to widen shoulders of the freeway, repair pavement, and construct temporary median crossovers.

Then next year, work begins in earnest with eastbound getting the attention in 2023. The interstate will be narrowed to two lanes of traffic in each direction and will be shifted onto the westbound side of the highway. In 2024, they'll repeat the process but this time for the westbound traffic on the newly built section of the interstate.

MDOT said the construction is made possible by Gov. Gretchen Whitmer's Rebuilding Michigan program to rebuild the state highways and bridges.

The cost of the project is expected to be about $275 million and supports 3,500 jobs in the area.