(FOX 2) - The sale of flavored vapes is now illegal throughout Michigan, with Gov. Whitmer's ban going into effect at midnight on Wednesday.

Whitmer has accused the makers of using candy flavors and deceptive ads to hook children. She, along with other public health officials, says the number of kids using the products has skyrocketed, creating a public health emergency.

Businesses have been counting down the days to get the products off their shelves since early September when Gov. Whitmer announced her plan.

Businesses have been counting down the days to get the products off their shelves since early September when Whitmer announced her plan.

Nasser Saleh, who owns Advanced Vapors in Allen Park, says the ban will likely put him out of business, even though the ban is temporary right now of 180 days.

"On the business side of things, it's not realistic," he told us. "You are going to be able to just shut down and come back."

Those who use the products have also been eyeing this date, Oct. 2. Saleh saw a customer buy $632 worth of liquid the other day in preparation. 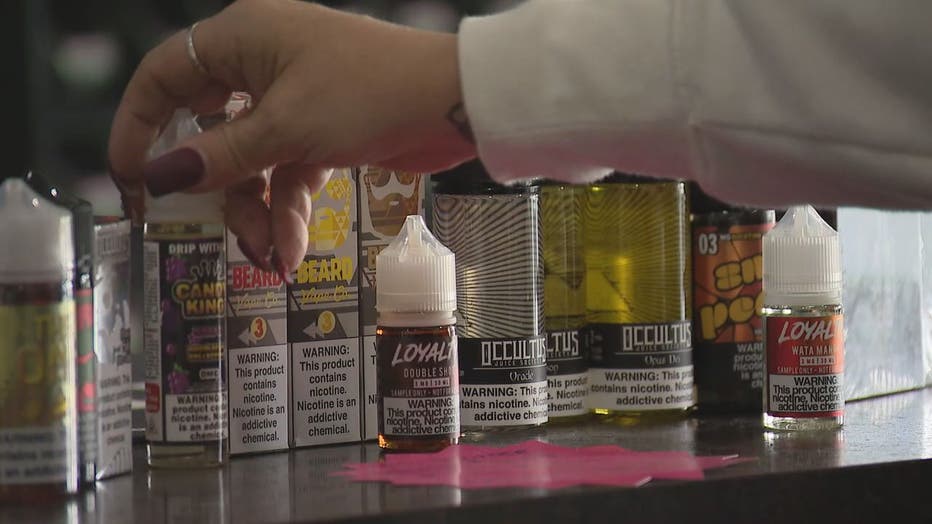 When Michigan announced its outright ban, it was against a backdrop of health-related reports of hundreds of people contracting lung-related illnesses and dying from complications tied to vaping. While the decision was made with the right intention, David Abrams, a professor of global public health at New York University, is among a collection of public health officials who believe blanket bans on flavored e-cigarette products could do more harm than good.

“You’ll regret it later,” he said.

A blanket ban on vaping also poses a risk for adults who were using the products to quit smoking.

"The vaping is satisfying," another customer Jodi Schlimmer told us. "It tastes good, and it has just saved me. It saved me from cigarettes."

Dr. Kenneth Warner, the former dean of the University of Michigan’s School of Public Health who specializes in health policy related to tobacco use, has suggested instead that states should adopt laws where products with nicotine in them can’t be sold to anyone under the age of 21 and should prohibit the sale of flavors in venues that kids can walk into. E-cigarette flavors are sold at convenience stores, vape shops, grocery stores, and gas stations.

Meanwhile, after the 180-day ban has expired the governor can choose to extend the ban for another six months. If you're caught selling these products you face possible fines or even jail time.