TOLEDO, Mich. - Ohio wants to put Lake Erie on a new, stricter pollution diet to fight back against the toxic algae blooms that have flourished for more than a decade, environmental regulators said Thursday.

The state intends to establish a plan to reduce runoff that’s feeding the outbreaks by limiting how much of the pollution is allowed to flow into the lake’s western end, Ohio’s Environmental Protection Agency said.

It’s a significant shift in Ohio’s strategy to clean up the lake and comes after Ohio Gov. Mike DeWine committed to spending $172 million over the next two years on a more comprehensive effort to clean up the shallowest of the Great Lakes. 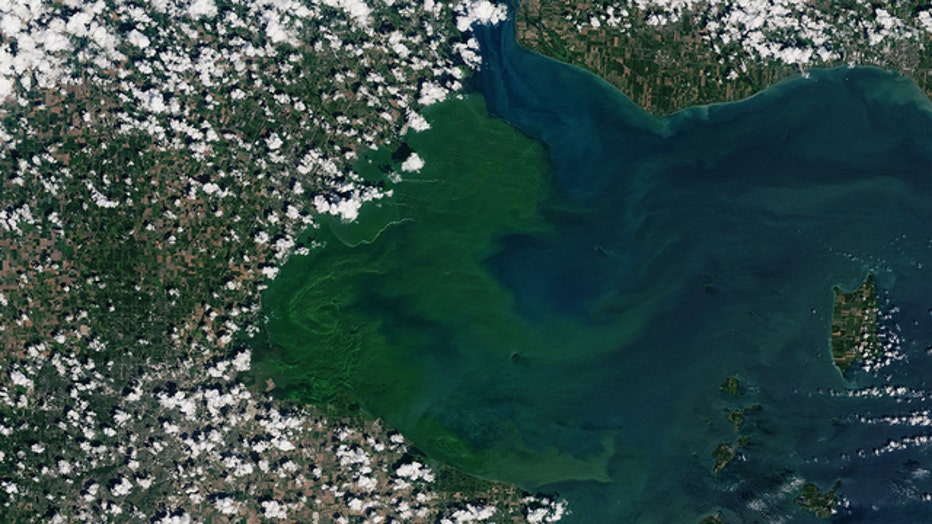 Environmental groups for years have criticized the state’s resistance to adopting strict regulations, contending that the blooms have been preventing the lake’s waters from meeting basic quality standards.

Ohio now appears poised to adopt a pollution plan that would set “total maximum daily loads” and impose specific limits on phosphorus flows into the lake.

A draft plan released Thursday outlines how the Ohio EPA will develop the new regulations during the next two to three years, the agency said.

That process includes taking a close review of the pollution sources, determining how much pollution to reduce from each source and coming up with an action plan.

The state’s blueprint to rely on science and data and concentrate on targeted, local watersheds is the right approach, she said.

Algae outbreaks have fouled drinking water twice since 2013 and are a threat to fish and wildlife.

Nearly all of the phosphorus that fuels the blooms comes from farm fertilizer and livestock manure, researchers have found.

Backers of the tougher regulations hope farmers will be forced to change how they fertilize their fields and dispose of livestock manure.

The groups also say this should result in more federal funding being spent on finding a solution and ensure that efforts to help the lake stay on track.