Two brazen crimes caught on camera at a west side Detroit gas station when customers roughed up and robbed inside.

Three young men walked into the location at 3300 Puritan near Fairfield at 2:22 a.m. on March 22. On video a suspect wearing all white puts a 23-year-old male customer in a choke hold and the other two join in to rob the victim.

They stole his wallet and cash, leaving him on the floor.

One hour later at 3:30 a.m. a 24-year old male is with his 21-year old sister making choices at the beverage cooler.

Two of the original three suspects from the previous crime return, pretending to look for something in the cooler then pounced.

The woman's brother was injured in the assault-- the bullies steal the sister's cell phone. After it's over all, the five walk out with two driving off in a burgundy Monte Carlo. Three others run away from the Marathon station.

The suspects, all in their 20s, need to be stopped. If you recognize them turn them in or you could be their next mugging victim.

There are six of them and they're all working together, sizing up their victims, assaulting and stealing anything they can get their hands on.

The owner of the gas station has 23 security cameras at the station, inside and outside. 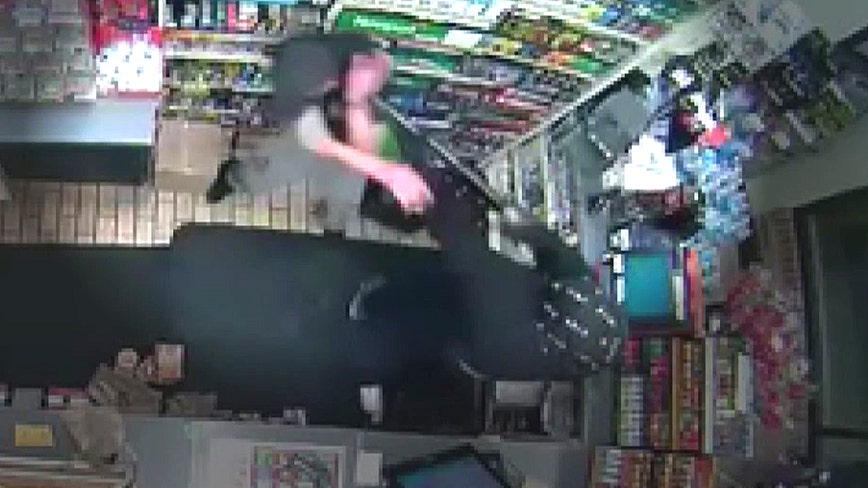