The driver of a Jeep is believed to have been speeding when they lost control and struck a tree in Detroit early Thursday morning. The details of those inside are still not available, but one male did die.

DETROIT - Detroit police said speed was a factor in the single vehicle crash that killed one male early Thursday morning.

A 2020 Jeep Cherokee crashed into a tree around 5 a.m. near Davison and Mound, Detroit police said.

The vehicle was carrying five people when it crashed.

It's unclear what led up to the crash and police were still investigating, only confirming that a high rate of speed was a factor in the crash.

Apart from the fatal, the condition of the four other passengers involved in the crash is not known as police are still waiting to hear back from the hospital. 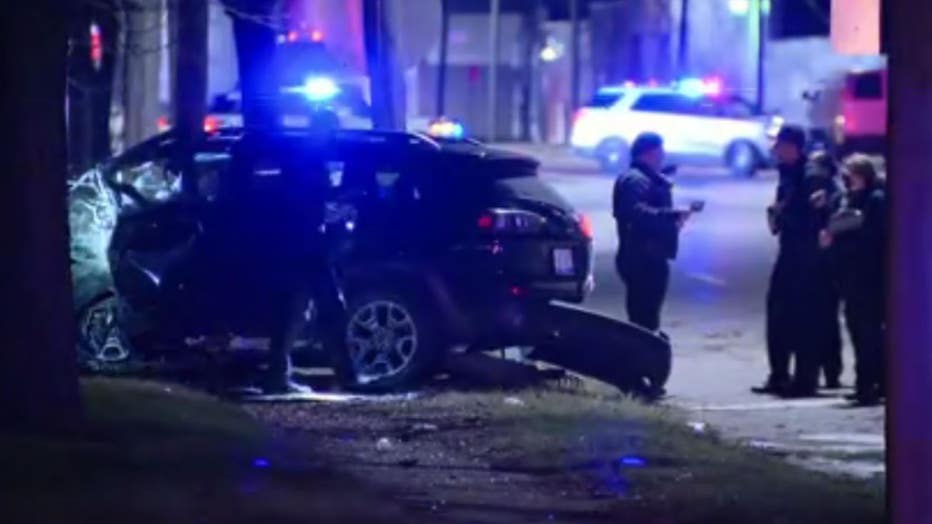 A Jeep that crashed into a tree in Detroit near Davison and Mound.

The male that died was not identified, and it's unclear what his age is.