Oak Park and Southfield Police responded to a shooting in Oak Park Wednesday afternoon that ended with a man in his 40s killed.

OAK PARK, Mich. (FOX 2) - At least one man is dead after a shooting Wednesday afternoon on Greenfield Road.

According to FOX 2 sources, a man in his 40s was shot and killed inside of a GMC Yukon Denali around 1:30 p.m. on Wednesday.

The shooting happened in front of a closed pawn shop and the SUV the man was driving in was filled roughly a dozen bullet holes. Police are not releasing any details at this point but FOX 2 sources said a man in his 40s was killed.

A FOX 2 crew on the scene reported an SUV in the parking lot had at least 9 bullet holes on the driver's side door. There were also about a dozen bullet casings in the street and parking lot of the pawn shop.

Marcus Brown, a friend of the victim, said as soon as he heard what happened he ran to the scene.

"I ran up here. He was just a good guy. That’s all I can say. I don’t really understand this," Brown said. "I don’t understand it. It’s crazy, people need to put them guns down. They're doing stuff for no reason." 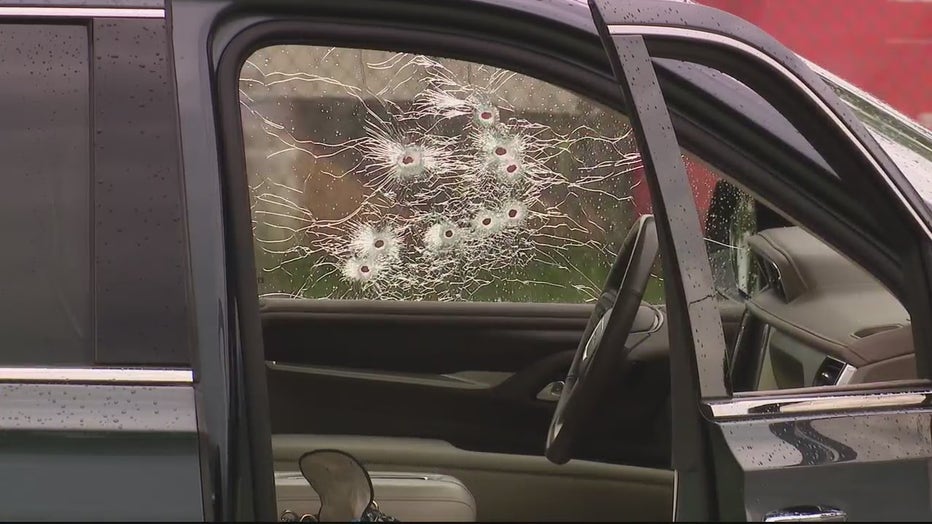 A GMC Yukon was shot multiple times on Greenfield Road in Oak Park.