By text he was reassured it was legitimate, and he got a working tracking number from a flight out of Montana to Chicago. But again, they asked for more money.

TROY, Mich. (FOX 2) - It took thousands of dollars and police report, but Jon Pier finally got his Shi Tzu puppy.

Everything started a couple of weeks ago after the death of his two dogs Gracie and Sophie.

"I was scammed trying to buy dogs," said Pier. "Basically two-thirds of me went out the window for a few weeks."

But he soon found two new dogs Frank Jr. and Charlie on FurShitzuPuppies.com.

"So I went on the internet and found these two in Montana, and they responded to me via text," he said.

The texts started out legitimate - breaking down the costs to ship them to his house in Troy. But then the price kept going up.

By text, he was reassured it was legitimate, and he got a working tracking number from a flight out of Montana to Chicago.

"You’ve got this flight number and you are thinking everything is going smooth," Pier said.

But again, they asked for more money.

"And the next thing I knew, I had phone calls from Bank of America saying all these transactions you are doing, the emails are linked to a puppy scam," Pier said.

His bank told him they were familiar with this exact scam, down to the email addresses that were being used.

"Then I was devastated again," he said.

Devastated, he called the police filing a fraud report. Police say he was scammed out of $3,450. 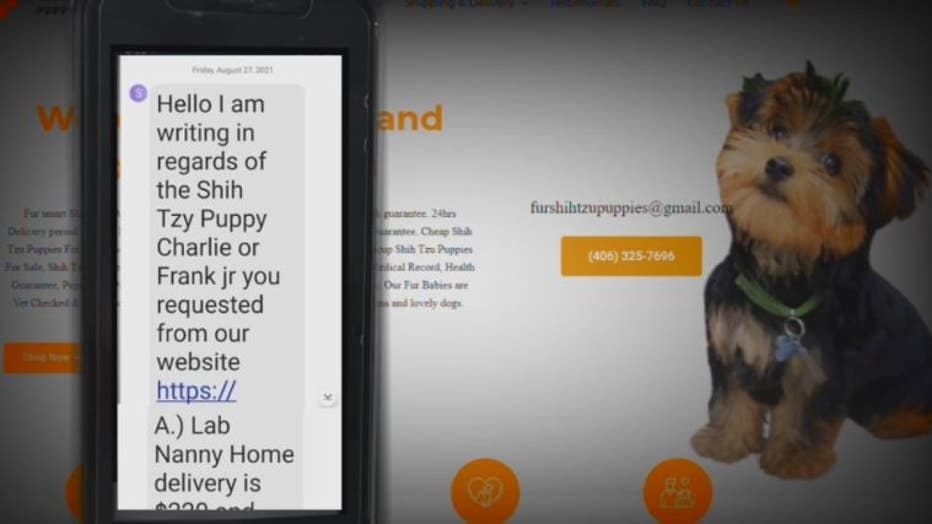 "If it wouldn’t have been for the bank, I probably would’ve spent more money," he said.

But then as fate would have it, he tried a seller closer to home - giving him the dog he wanted in the first place.

Even though a police report has been filed, there is little hope the scammers will be caught. The only hope is others will see this as a warning that this is possible and can be very convincing. 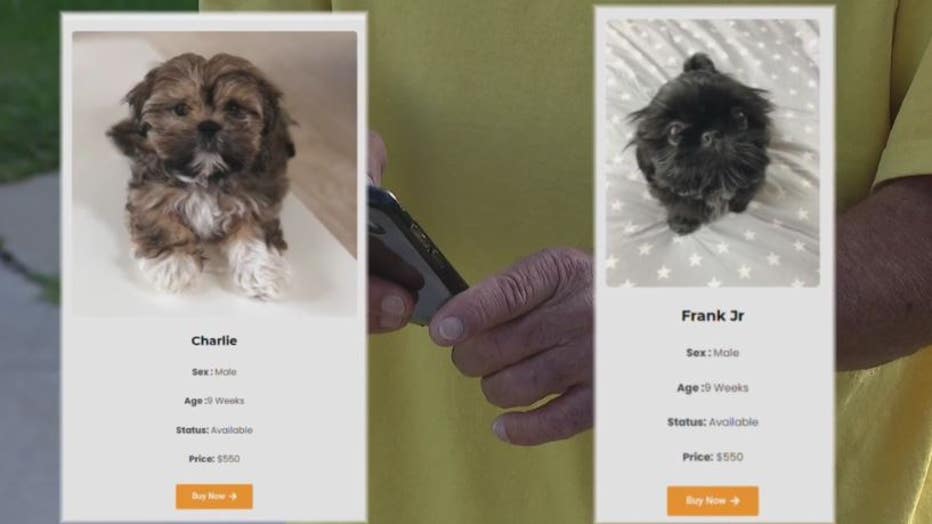