A massive fire broke out overnight in Detroit with flames and smoke shooting into the sky at the DeWitt Products manufacturing site on the city's southwest side.

DETROIT (FOX 2) - A massive fire broke out overnight in Detroit with flames and smoke shooting into the sky at the DeWitt Products manufacturing site on the city's southwest side.

The flames broke out just after midnight, and firefighters were on the scene all night. This isn't the first time this family-owned business has been devastated by fire. There were no injuries. But the building is a total loss.

DeWitt, which makes roofing supplies, has been in business since 1931 and in the same building since 1938. An early morning one-alarm fire spread to their warehouse and flames could be seen for miles. As the fire spread in the 100-year-old structure, it grew to a two-alarm fire.

The Detroit Fire Department got the fire under control, but it did have to evacuate some of the people in the areas due to the smoke, fire and chemicals.

Jared McClellan is the fourth-generation owner of the business.

"It is a little overwhelming now," he said. "I know we have a lot of work ahead of us. We have been in business for 90 years and hope to move forward with at least another 90. " 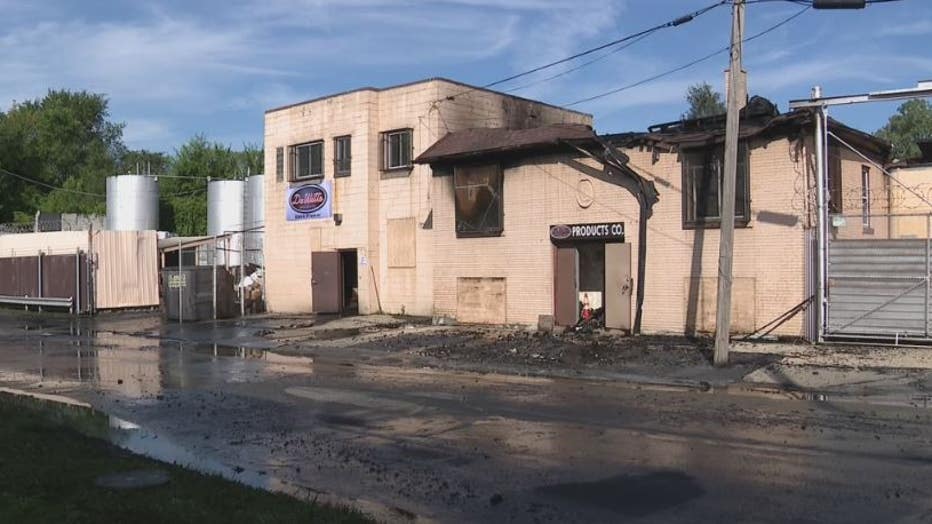 Ironically about 15 years ago around the same date, the business suffered a different fire - which they rebuilt from.

McClellan says they will bounce back.

"I don't think we have a choice," he said. "We have a lot of families, including my own, that rely on this business for their income.

"It is kind of interesting that my great-grandfather started this company from a fire he had at a previous business and the insurance company didn't pay off because of the depression. So if he could rebuild with no insurance, we can rebuild with insurance."