FOX 2 - "It is having a big impact for sure, that is a pretty important ruling and it is pretty clear - the governor did not have authority and acted outside the scope of law and what she did was unconstitutional," said Dave Kallman.

Kallman, an attorney who represents the Owosso barber, who drew national attention last April after he reopened his barbershop and continued to cut hair despite Governor's Gretchen Whitmer's shut down order.

Barber who defied Whitmer order has charges dropped but may not get license bacl.

One fight is over for the Owosso barber who defied Gov. Whitmer's executive orders but another continues.

"Mr. Manke is ecstatic that the charges dismissed no longer faces the prospect of jail or fines and he's very pleased obviously," Kallman said.

But it's not over yet. Gov. Whitmer and Attorney General Dana Nessel are still fighting to revoke his barber license for violating the executive order.

Kallman asked for that case to be dismissed as well, but the ag's office has not yet responded.

"It is business as usual, he has been working since he reopened on May 4th of this year and he's never had a single case of the virus or anyone infected at his place," Kallman said. "He proved to not be a threat to public health and safety. He's been a barber for 60 years and never had a blemish on his record."

Kallman says the state tried to impose fines on the barber and at one point $7,000 a day for being in contempt but that never happened.

There are other business owners, who were forced to pay up for violating the governor's order. Kallman says they have every right to be reimbursed. 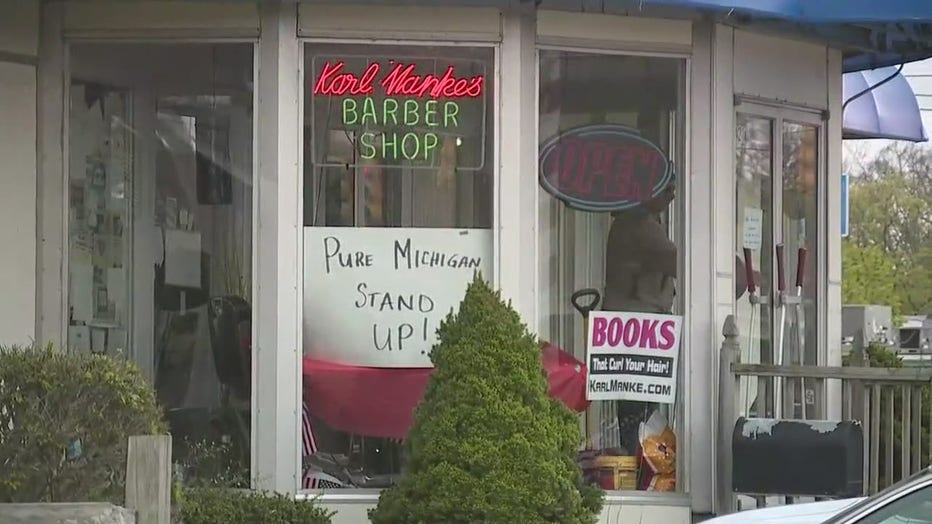 "This isn't something where Carl is sitting there saying this is a hoax, or that people shouldn't be careful or take prudent steps to protect their health," the attorney said. "He wears a mask when he cuts hair. That is not what he is saying. We have said all along that the governor was acting illegally and unconstitutional."