An Oxford school district security guard is on leave following an incident where his gun fired accidentally inside a middle school restroom on Monday.

FOX 2 - An Oxford Middle School security guard is under investigation after his gun accidentally fired in the restroom Monday.

There were no injuries in the incident, which happened when he was hanging the weapon on a stall hook before the first lunch period at school. The district said he has been put on leave while the case is investigated.

The worker was described as an employee with Oxford Community Schools who provided additional safety and security with the school resource officer.

"There were no students nearby as lunches had not started and the students who had physical education that hour were in the gym," said Superintendent Ken Weaver in a release. "The bathroom being used was a staff bathroom located by the fieldhouse (gym) or the end of the school where parents pick up and drop off."

The incident is a jarring reminder of school safety concerns for the district - and state. On Nov. 30 four Oxford High School students were killed in a mass shooting and seven others wounded including a teacher.

The guard is a former police officer of 28 years and has worked with the school district for the past five years.

"The careless handling of a firearm is inexcusable," Weaver said. "The district will be reviewing all policies and procedures and we will ensure that all security staff understand and comply with the proper handling of firearms. The safety of all children is our top priority." 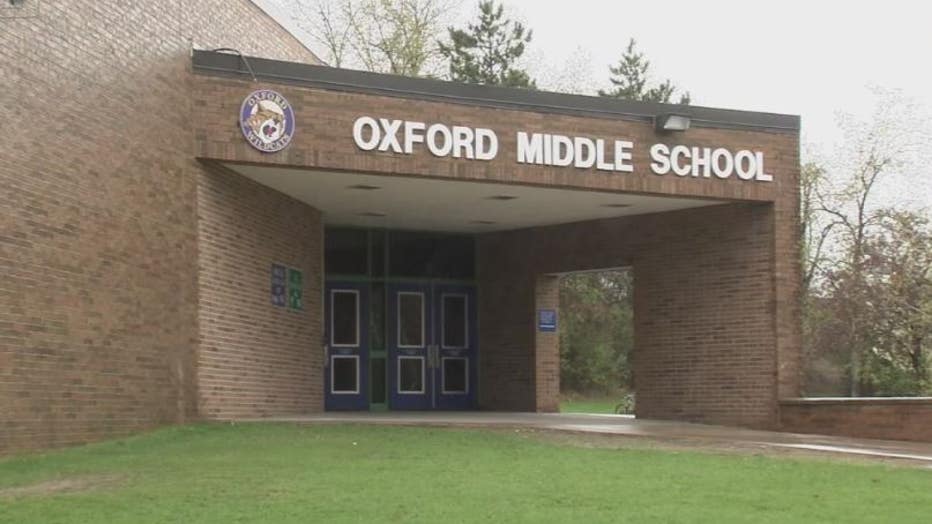