Unanswered questions persist among some in Oxford school community

OXFORD, Mich. (FOX 2) - Students will be back in Oxford High School on Thursday and as they return, they will notice some changes made in the name of safety. Most of those were highlighted last night and again at the school board meeting Tuesday night.

As Oxford students return less than a year after a mass school shooting inside the very same building, questions about the tragedy that took the lives of four students, and demands for transparency, remain.

"We want to know what happened leading up to, during, and after, Nov. 30th, so that we can adjust our policies and procedures accordingly," said Andrea Jones, a parent of an Oxford High School senior.

School board President Tom Donnelly says he wants to answer those questions.

"We're longing to have the prosecution get their things going, we are longing for info to be released, so that even we can see some of those things," he said. "So we want transparency for sure."

Jones says most of those answers could come with a proper investigation.

"I’m going to ask what can I talk to my community about, right? Because there are restrictions," he said.

"I think it’s time that we revisit the attorney general into that," Jones said. "We’re calling on the governor to help with that to reestablish trust and communication."

The school board president addressed why the board hasn't taken Attorney General Dana Nessel up on her offer for an investigation. He said they went with a firm guidepost that is completely impartial.

"They don’t have a kid in district, you don't have an aunt that works here, somebody from another state, coming in, looking at it," Donnelly said. "They get paid, they go away. And what you get, is an independent report."

As for Jones, her quest for transparency is happening while she prepares to send her son back into the school, learning about the new safety measures that will be in place.

"They are going to be polling the kids about security measures and specifically lockers - because currently, we are not using them," she said.

There will also be more security on school grounds during and after hours. However, Jones feels more could be done if more was made known.

It's a role she never asked for, but one she knows is vital to play.

"Know your role as a parent - it’s very important who you vote for, check what they stand for, check everything," she said.  "Because until this happened, to be fair, I was not that parent."

Jones is asking anyone who shares this opinion that school leaders should be the subject of a state investigation, should contact their lawmakers and let their thoughts be known. 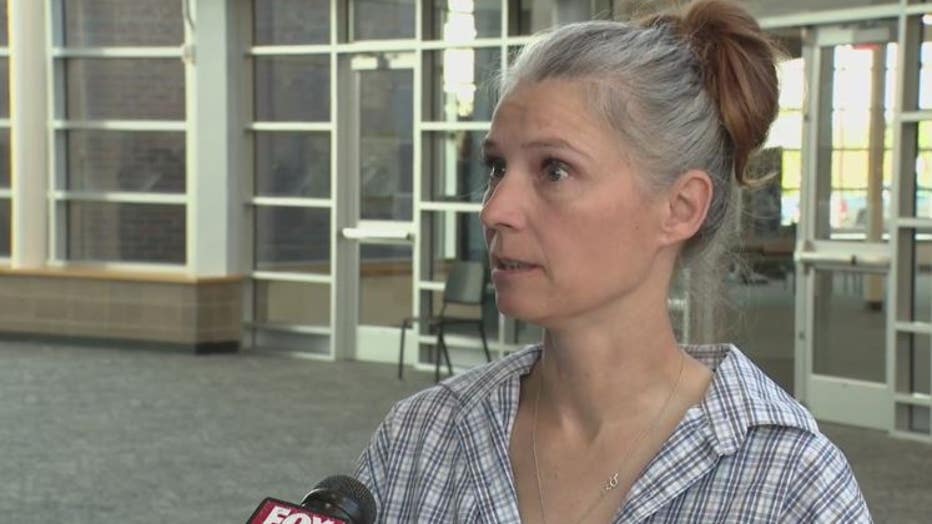