DETROIT (FOX 2) - Detroit Police Chief James Craig says he's never seen such a spike in anti-police violence, and he's been at this 44 years. In the last week alone, four times his officers have been shot at, and he's concerned to say the least.

Rise of violence against Detroit police officers has chief concerned

Detroit Police Chief James Craig is pointing towards the pandemic and rhetoric of some activists for the surge in violence.

"I have got to tell you, I have never seen a week like last week," Craig said.

Six times Detroit police officers were fired on, or had a gun pointed at them this year- tallying up far quicker than 2020 with 12 similar incidents.

Last weekend, officers tried to stop a car after witnessing a hit and run. Five people inside, one, firing shots at officers. .A juvenile is now under arrest.

Days earlier at an east-side gas station, a man pointed an AR-15 at the clerk, then police shot the man, Anthony Winn, who aimed at them. He is now recovering, awaiting charges.

"We've also learned that Mr. Winn wanted the police to kill and then thanked our officers for not doing so," Craig said.

And late last month - a homicide suspect out of Cincinnati was arrested 43 times prior, shoots at officers. DPD was forced to return fire, the man shot and killed.

"We did start to see a trend of police incidents after the George Floyd murder, we saw an uptick," he said. 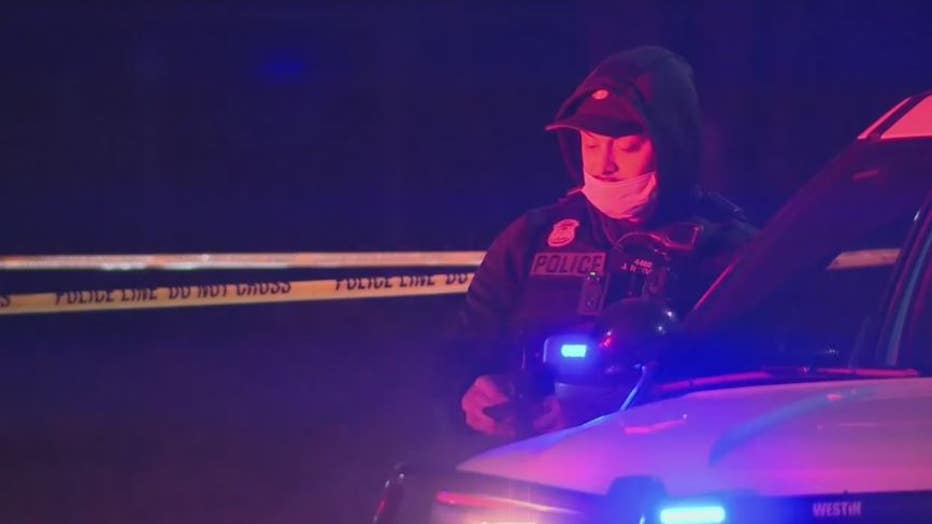 The chief also took cryptic jabs at some community leaders who don't support police but are quick to call when they need help.

"Sadly what I do know, is that a few - and I emphasize a few  - that are recognized as community leaders when asked to stand beside us, politely said they would not," Craig said.

Officers are working to strip the streets of illegal guns - just last week in the city, they seized 130 and made 70 arrests in connection.

"These officers are confronted with these situations daily but they continue to go out make the neighborhoods safe," he said.