DETROIT (FOX 2) - Two parents accused of abusing and zip-tying their children to furniture inside a camper outside appeared in court Wednesday.

Two parents accused of abusing and zip-tying their children to furniture inside a camper outside appeared in court Wednesday.

Both Scott and Alexander, who is pregnant with another child, were in court charged with torture and child abuse.

Boy: "Outside and in the trailer."

After Detroit Police investigated a residence on Berkshire Street in January - and the camper next to the home, it led to the arrest of the parents.

Prosecutor: "Why did the police show up?"

"To save me from mom and dad," the boy said.

And that's when the child detailed his alleged abuse

Prosecutor: "What did mom do?"

And then he spoke about his father.

Prosecutor: "Who hit you with a belt?"

And there was also a lack of food, he said.

Prosecutor: "How many times were you allowed to eat?"

And the witness gave disturbing details about being tied up in the camper.

Prosecutor: "Did anything happen to your body from being tied up?"

The child said there was also emotional abuse.

Prosecutor: "Do you also remember Christmas that year?"

"I didn't get no presents, only my sisters," he said.

But attorneys for the parents tried to discredit the testimony of harsh abuse.

"He was taken to the hospital and examined in the emergency room and he was released the same day," said Mike McCarthy, the attorney for Scott.

Alexander's attorney pushed for her client to get lesser charges.

"When he was left outside his mom was the one who came and got him," said Beth Morrow, the attorney for Alexander.

The young witness who is now staying with relatives, was ushered out of the courtroom and Judge Kenyatta Sanford Jones had her say.

"The court finds that the people have met their burden - including by a probable cause standard," she said, "That both defendants did in fact, commit torture."

Their cases now bound over for trial and a request for reduced bonds also denied. The parents are due back in court next Wednesday, March 4. 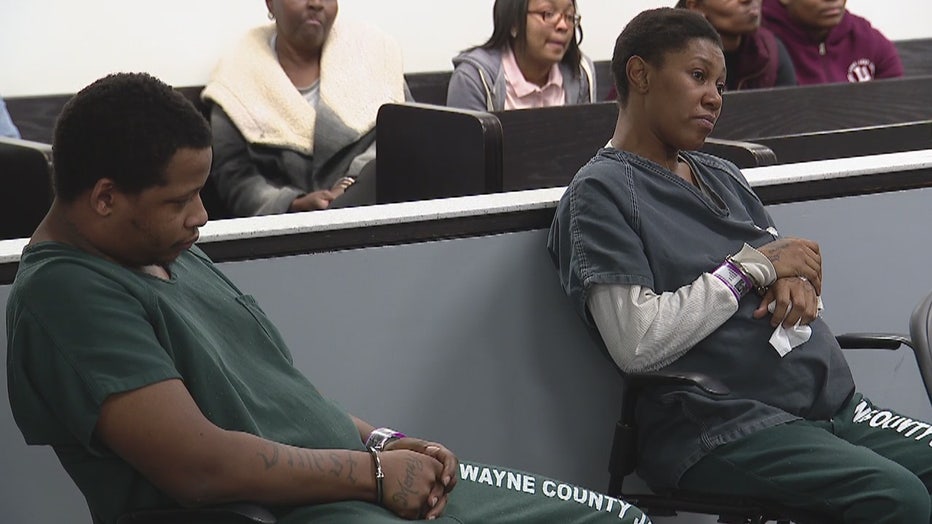