DEARBORN HEIGHTS, Mich. (FOX 2) - In Dearborn Heights the rain continues to come down Friday night - which is last thing anyone living in the south end of the city wants to see right now.

Some residents took to the streets in kayaks just to get around - and to help others.

Some residents took to the streets in kayaks just to get around - and to help others. At one point the heavy rain proved to be too much for an Amazon driver whose van got stuck in the water.

A good Samaritan used his kayak to rescue him.

"We appreciate you brother, thank you so much," the driver said to the man, with an appreciative fist-bump.

In the area of Telegraph and Hanover, water runs up to the front porches of the houses and in some cases, windows,  while the street and sidewalks are submerged. 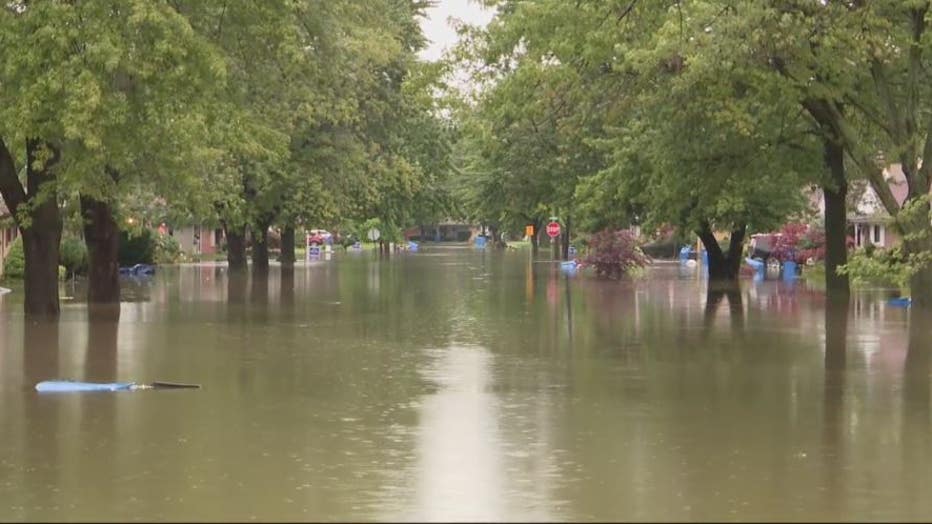 Kerry Bucy can’t even get home from work.

"Every year this keeps happening over and over nobody can come with any solution, it’s really frustrating," said Jeff Marcero.

Nearby Ecorse Creek is a big part of the problem according to neighbors. They say it floods every time we get heavy rains. 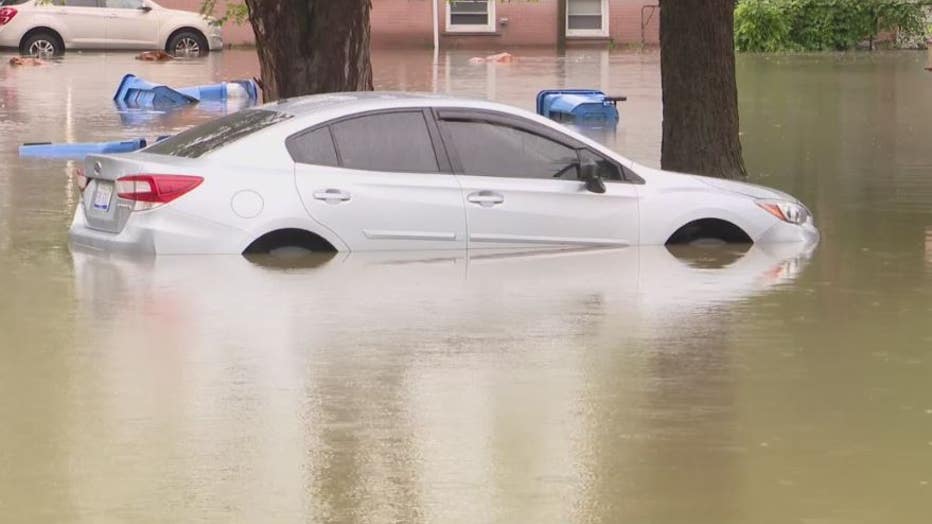 "It’s funny we just got our property taxes to pay, due in a couple of weeks, and you've got to deal with this," said Bucy.

Tom and Jan Marcero are staying with their son Jeff. They were at Tom’s chemotherapy appointment only to come home to this.

"It’s not just some rain on the street that looks interesting, it’s a serious problem," Jeff said. "It’s a hazard. If something were to happen they can’t get out. Are they going to walk through this raw sewage? This is disgusting." 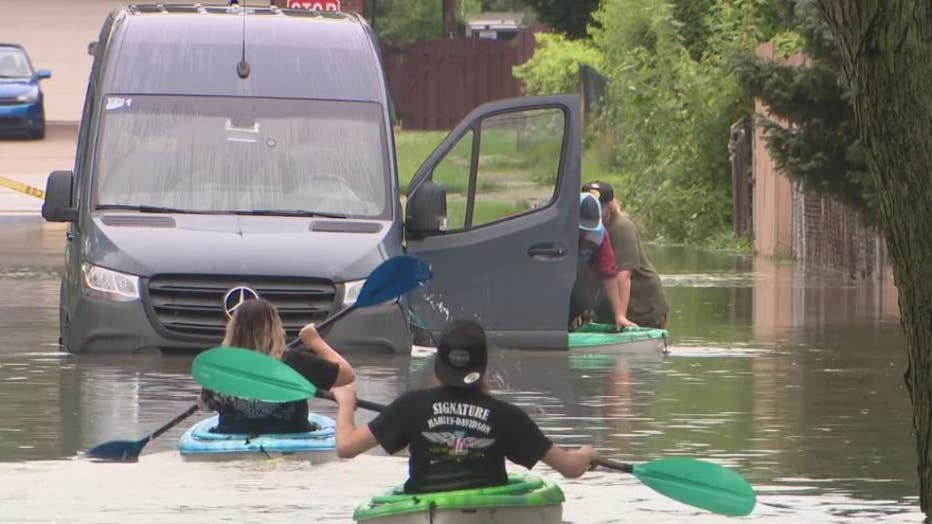