DETROIT (FOX 2) - Detroit police have released a picture of a suspect wanted in connection with the murder of a man by someone in a clown mask at the Citgo gas station on Grand River on Detroit's east side.

On Halloween night around 7:45 p.m., police say a 31-year-old man was shot and killed standing inside the gas station in the 7000 block of Grand River near Southfield. The victim was standing in line at the register when he was shot in the back of the head.

A witness who knew the victim told FOX 2 the shooting was likely retaliation after the victim allegedly robbed someone of $10 the night before. The shooter and another man immediately fled the scene.

Police say the suspect was wearing a clown mask with a gray and black Northface hooded sweater, a blue T-shirt, gray pants and black shoes with a white symbol. He's described as a black male with a dark complexion, about 6'0" with an average build and black hair. 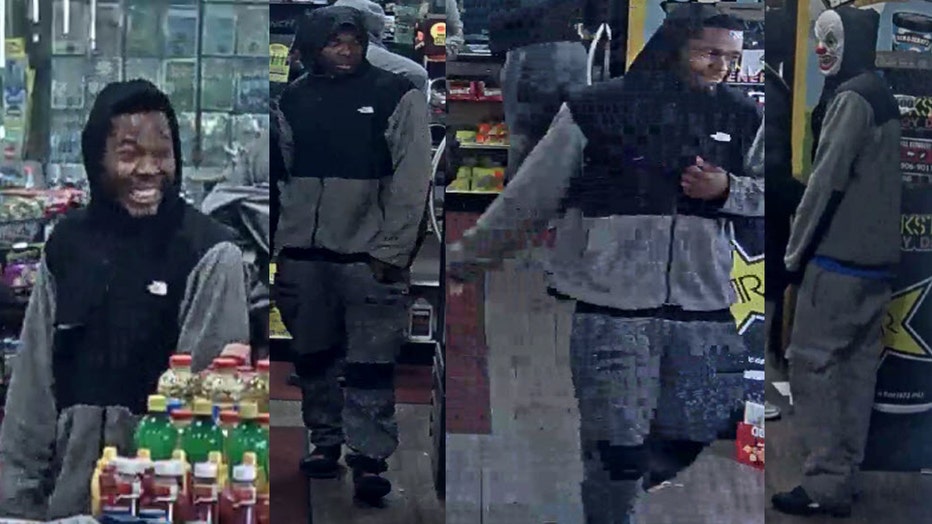 Anyone who can identify the suspect or anyone who has information is asked to contact the Detroit Police Department's Homicide Unit at (313) 596-2260, or CrimeStoppers at 1-800-SPEAK-UP.