An Oak Park man whose pet alligator Karen was taken by an animal rescue after he fled sheriff's deputies in Lake County claims the rescue is holding her hostage. The rescue says he cannot provide the care the animal needs.

(FOX 2) - The adorable bird species that calls the dunes along west Michigan's coastline home have had a very busy summer.

Piping Plovers spend their summers along Sleeping Bear Dunes National Lakeshore before migrating to warmer weather in the fall. Their status as an endangered shorebird means they have several groups overseeing their conservation.

As the breeding season comes to an end, the Great Lakes Piping Plover Recover Effort which oversees their protection, said the number of breeding pairs they recorded wasn't notable. However, the number of chicks that fledged was.

"So far, 137 chicks have fledged, which is the MOST EVER FLEDGED IN A SESAON SINCE LISTING IN 1984!" went a post on Facebook. "And there are still 12 chicks yet to fledge!"

The group keeps close track of the number of unique pairs of piping plovers that fledge, as well as the number of nests, and chicks that hatch. 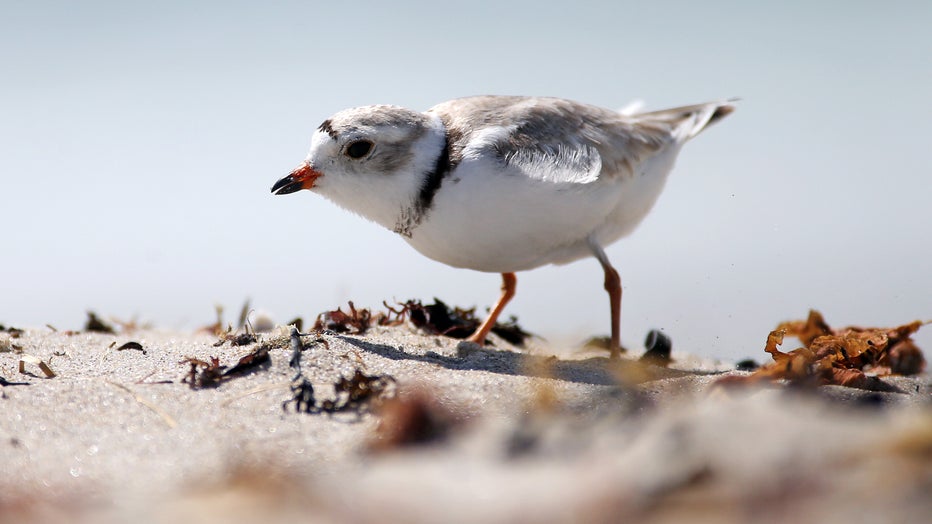 WELLS, ME - MAY 23: A piping plover forages on Wells Beach on Saturday. There are a record number of the endangered shorebirds nesting in Maine this year. Wells Beach has nine nests, with seven of those active. The Wells jetty path to the beach is cl

There were 71 pairs of piping plovers that nested this season. In 2021, that number was up to 74. The group also said they lost seven nests, which was fewer than the 19 that were lost in 2021. There's also been 11 chicks that were rescued and four have already been released back into the wild.

But it was the fledges that had the conservation group most excited.

Their recover goal for "annual wild chick fledge rate" is 1.5 per nest. But this year, they're currently at 1.93 per nest. "The future depends on these young ones, and we have high hopes for the return of many of these fledglings to the breeding grounds next season!"

Piping plovers have been listed as federally endangered since 1986. While the number of nesting pair were approximately 500-800 in the Great Lakes during periods of successful breeding, they dropped to just 12 in 1990. The breeding popular climbed to 30 by 2000, and then up to 75 nests by 2015 and 2016.

High stormwater events led to their numbers dropping slightly in recent years, but the number of chicks that fledged this season is an encouraging sign.