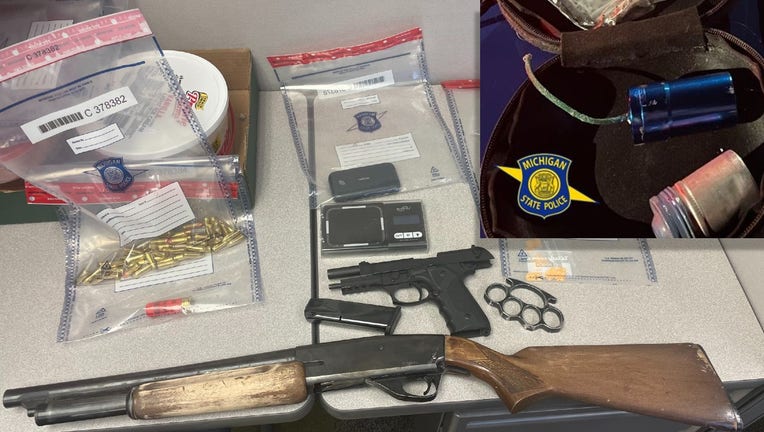 According to Michigan State Police, troopers believed people in two vehicles were involved in a drug transaction in the parking lot of a business on Vance Road in Blair Township just after 6:50 p.m. Sept. 28. A passenger in one of the vehicles was recognized as a Buckley man named Vincent Patrick Kelly, a probation absconder with a warrant.

When the vehicle, a Ford F-150, left, police stopped it on M-37 and took 33-year-old Kelly into custody. While searching him, they said they found baggies with traces of meth, suboxone strips, a small blue straw, and a homemade explosive device with a fuse. 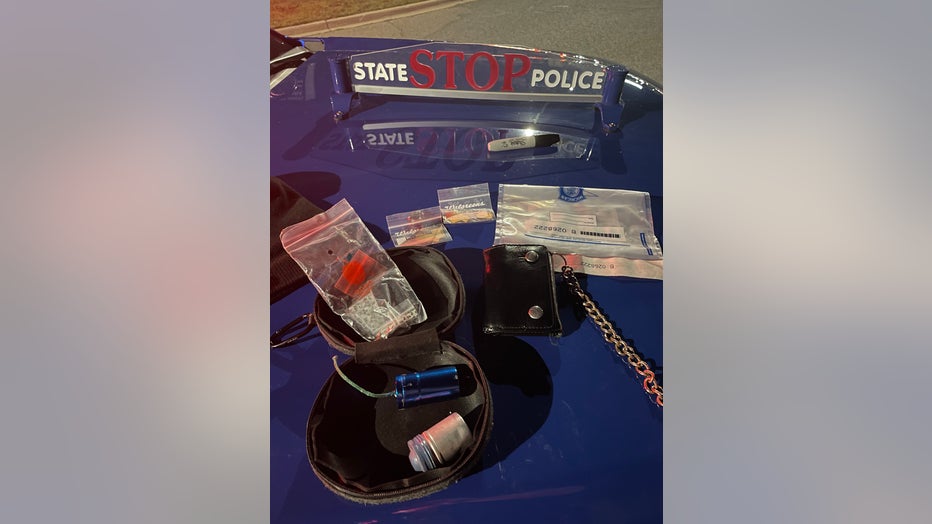 The driver, who was a 34-year-old Traverse City man, and two other passengers, were interviewed and later released.

The vehicle was taken to the Grand Traverse County Sheriff’s Office evidence garage. During a search of the vehicle, police said they found a 9mm handgun, ammunition, and brass knuckles where Kelly was sitting. A short barrel shotgun was found in the bed of the truck. 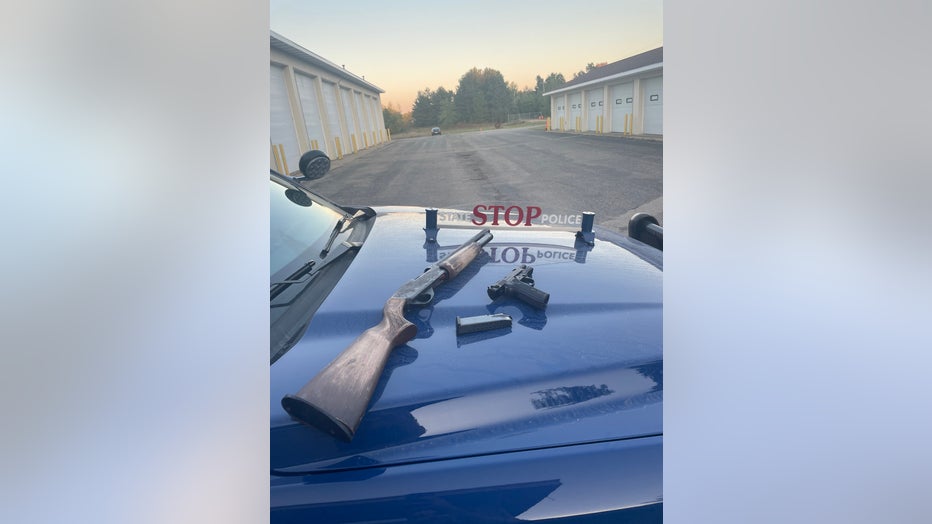 MSP Bomb Squad members took the explosive and detonated it in a safe area, police said.

Kelly is charged with one count of delivery manufacture methamphetamine, one count of felony firearms, and one count of possession of a short-barreled shotgun. He was given a $10,000 10% cash surety bond. More charges are expected to be authorized by the Grand Traverse County Prosecutor’s Office, police said.

Police said they were unable to get additional information about the other vehicle that was in the parking lot when troopers first spotted Kelly.