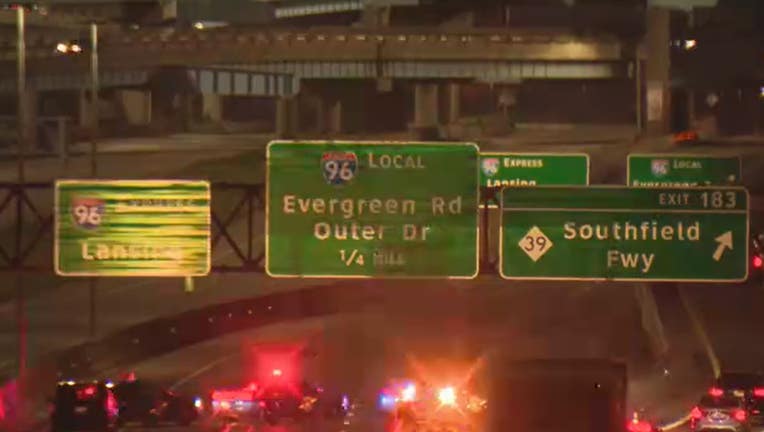 Police closed the express lanes of westbound I-96 at Davison at 4 p.m. Wednesday to search for evidence. Drivers should use the local lanes.

A 911 call was received around 11:40 p.m. The caller said he was shot, but the call dropped and the victim did not answer when the dispatcher tried to call him back.

Police went to the area of I-96 and the Southfield Freeway to look for the victim, He was found at Schoolcraft and Telegraph roads in Redford Township and taken to a hospital.

The victim said the shooting happened on the westbound express lanes of I-96 near Outer Drive.

The shooting remains under investigation. Anyone with information is asked to call 734-287-5000.

Tuesday's shooting is the most recent incident in a rash of shootings on Metro Detroit freeways.