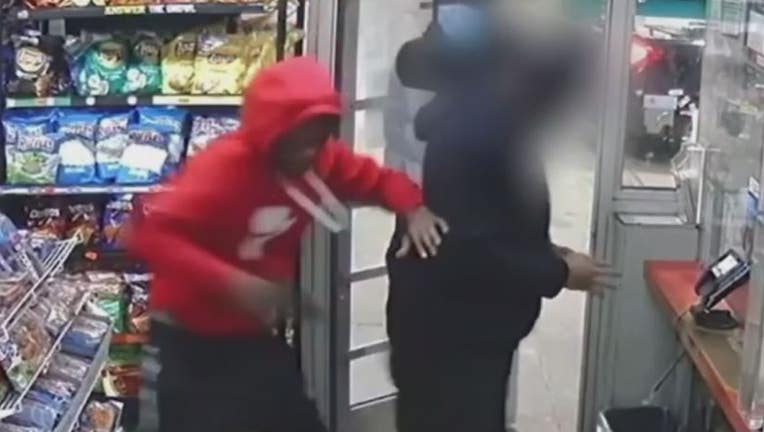 DETROIT (FOX 2) - Caught on camera - a bold thief steals a gun from a man open-carrying at a gas station. The crime happened in January, but Detroit police has just released the video of the incident hoping to get the gun and the perpetrator - off the streets.

Detroit police say the thief has been arrested and linked to other crimes including a non-fatal shooting.

A surveillance camera at the BP at Seven Mile and Wyoming captured the perp in a red Nike hoodie walking up behind a 53-year-old man open carrying a pistol.

He yanks it from the holster, points it at the victim, and takes off running with a second man who appears to be a partner in crime.

"It’s just frustrating because someone may get shot, robbed, and then the guy who lost the gun is going to feel like, you know," said Steve Dolunt.

Dolunt is a retired assistant police chief with DPD.

"If you want to open carry that’s on you but you gotta have weapon retention," Dolunt said. "From what I can see, he just walks up from behind and snatches it. the perpetrator must have seen something and said this guy’s not paying attention."

Kofi Kenyatta is the co-founder and vice president of the Black Bottom Gun Club which advocates for the Second Amendment and promotes safe and responsible gun ownership in Detroit and the surrounding areas. 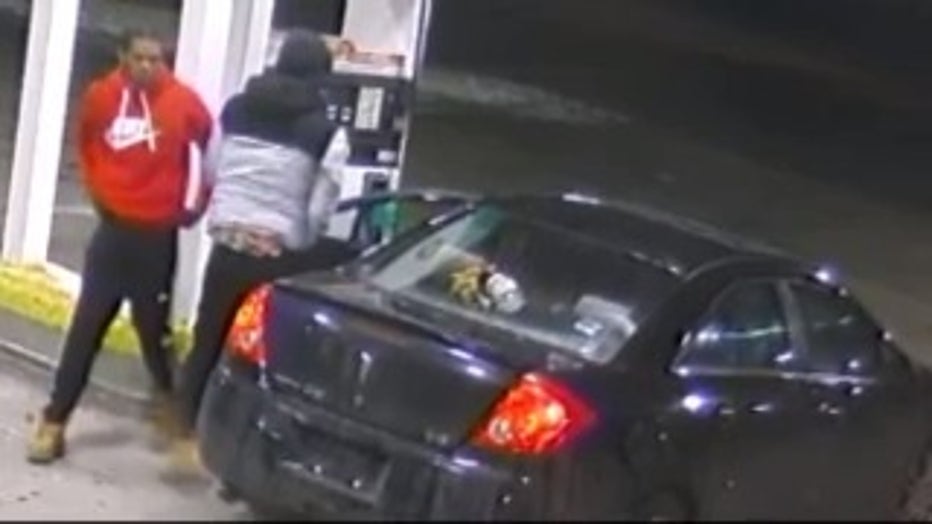 "As I watched the video I definitely don’t want to blame the victim here, but it’s important that we have a perception of the elements in our immediate environment and make sure that we are aware of surroundings, alert to potential threats as well as being ready and able to react to actualized threats," Kenyatta said. "Based on the feedback from the numerous instructors that are part of the Black Bottom Gun Club, there are many new Wayne County and Detroit firearm owners - and unfortunately they don’t have the ability to properly, legally obtain their CPLs."

Kenyatta is referring to the nearly year-long wait to get an appointment with the Wayne County Clerk to apply for a Concealed Pistol License. He and others believe that could lead to more people open carrying.

Right now police don’t know if the man whose gun was stolen has a concealed pistol license or was waiting to wrap up that process with the clerk’s office.

Police say when they initially put the notice for information out they already had the suspect in custody but didn't realize it because he was being held in connection with another crime. A detective saw him on the news and contacted the PIO.

Stay with Fox 2 for more updates.