WESTLAND, Mich. (FOX 2) - Westland police are on the hunt for a man caught on camera setting a church door on fire.

It happened around 11:10 p.m. Monday night, as a surveillance camera was rolling when the firebug poured what appears to be lighter fluid at the base of the door.

Take a good look at the suspect outside One Mission Church in Westland.

"This person came prepared, a backpack with all his stuff in there," said Pastor Anthonio Wimberly

It happened around 11:10 p.m. Monday night, as a surveillance camera was rolling when the firebug poured what appears to be lighter fluid at the base of the door.

He strikes a match, sparks the flame and runs off.

"We could have possibly lost our church or all of that front foyer or anything could’ve burned up," Wimberly said. 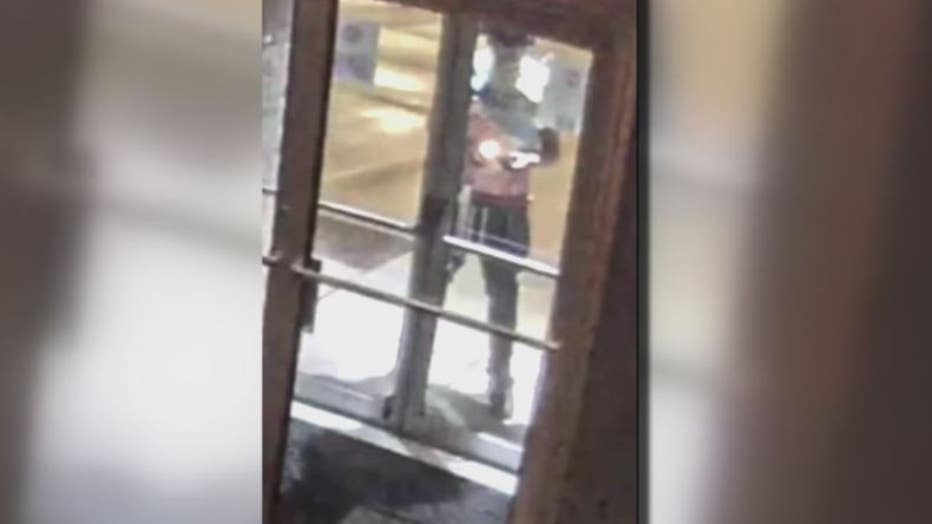 The pastor is thankful that did not happen. Even so, he was stunned to find the charred aftermath a day later. Soot covered the doors, he found a melted doorbell, and the heat from the fire cracked the glass panel.

Westland police are now investigating and working to identify the man they’re calling an arson suspect.

One Mission Church is questioning why the man went after them.

"We love our community like that’s our motto: Be real, show love," Wimberly said. "We show love to this community. So to see that in a community that we serve, it was disheartening."

Pastor Wimberly says the church has since spent nearly a thousand dollars replacing the glass panel in the doors and upgrading the security system.

He and his son spent the past few days cleaning up the remnants of the fire. In the meantime, they’re hoping the man who nearly burned down their church cleans up his act.

"We’d love to help him, love on him," he said. "Really I don’t hold any grudges. We forgive him, but like I said, he still needs to holler at the Westland police because what he did was wrong." 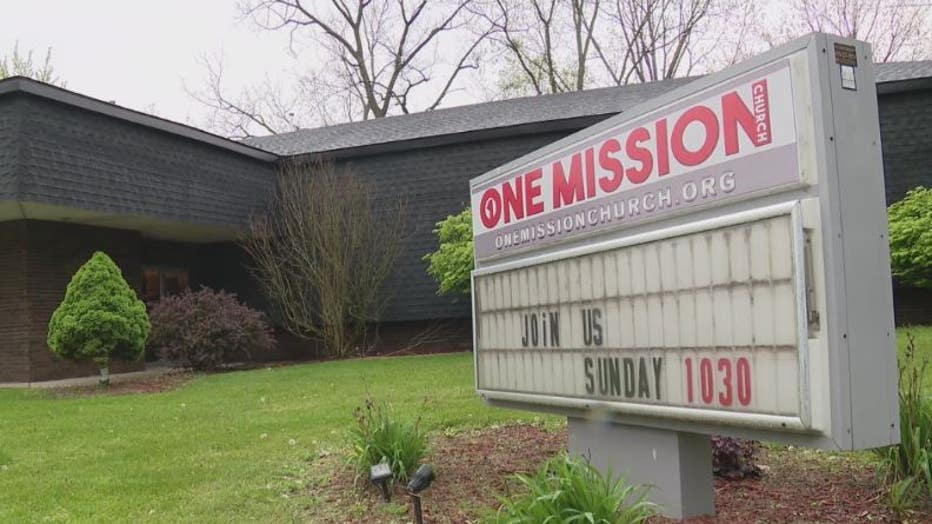 And what he did here, he could do again or to someone else. He’s still out on the streets and this church and Westland police want him off of them.

The suspect is described as a younger Black male about 18 years old.  He was wearing a tie-dyed T-shirt that is yellow on top, blue in the middle, and red on the bottom, and black pants with white vertical stripes on the sides.

If you have any information regarding this incident, or are able to identify the suspect, please call Detective Sleep at 734-467-7914.