DETROIT (FOX 2) - Police are asking for help identifying a group of suspects who attacked a man in broad daylight at a bus stop in Detroit.

It started with a sucker punch the afternoon of Oct. 10 in the 17100 block of E Warren. The 23-year-old victim was sitting on a bench at the bus stop when a group of teens walked up to the area.

Police are looking for a group of teens who were seen assaulting a man at a bus stop in Detroit.

One teen hit the victim on the side of his head, knocking him unconscious. Then two other teens continued the beating, kicking the man while he was on the ground. The suspects then ran off.

The victim is expected to be okay.

Police haven't given any indication of what a motive could be for the assault. Police didn't say if the victim knew the suspects or not.

You can see video of the assault in the video player above. 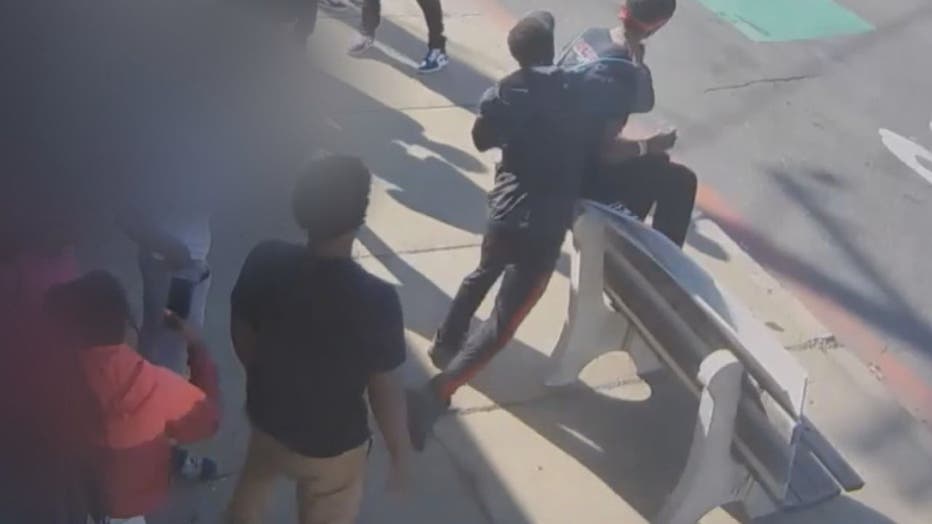