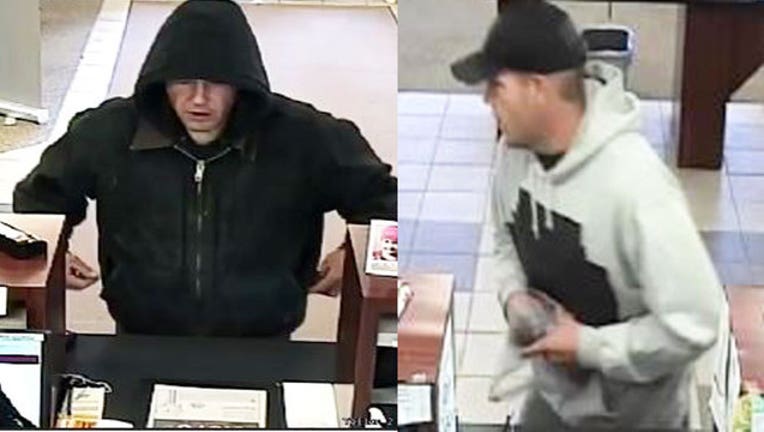 TROY -
Troy police are investigating a bank robbery at the TCF bank on Coolidge south of Maple Thursday morning.

At 11:01 a.m. a man walked into the bank, walked up to a teller with his hand in his pocket like he had a gun. Police say he pulled out a black plastic bag and told the teller to fill it with cash.

Another teller saw what was happening and hit the silent alarm. The man ran out of the bank and dropped the bag then picked it up.

As he bent over the hoodie that covered his head revealed his brown hair, he then fled.

He is described as a white male between 35 and 45 years old, 190 to 220 pounds. He was wearing a black hoodie under a black Carhartt jacket, blue jeans and brown shoes.

Police released photos of the suspect who is suspected to be the same person who robbed the location in April. The photo on the left is from Sept. 10 and on the right, from April.