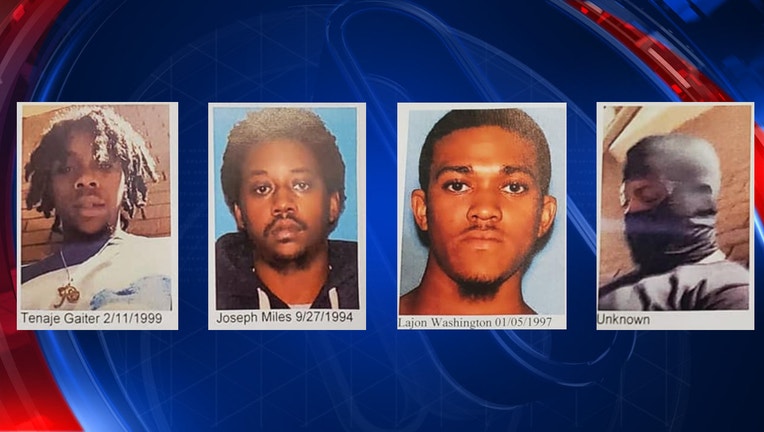 ROMULUS, Mich. (FOX 2) - Police are seeking four persons of interest after a fatal shooting Monday at a Romulus liquor store.

Officers received a call just after 11 p.m. about a shooting at Top Shelf Liquor at the corner of Eureka and Inkster roads. The caller said a man had been shot multiple times.

According to police, it is believed that Lawrence and two other men robbed a man at gunpoint. After, the man who was robbed pulled out a gun and shot Lawrence. A gun was recovered near Lawrence.

Washington was driving a gray 2015 Ford Fusion with a Michigan license plate 463354D. The car has a moon roof and black rims. Gaiter and the unknown man were in a dark-colored Jeep, possibly a Liberty.