Three arraigned in 2018 murder of man in Pontiac

A mother and her two sons were all arraigned for the 2018 murder of a man who was found dumped in Osmun Lake.

PONTIAC, Mich. (FOX 2) - A mother and her two sons were all arraigned Tuesday in Oakland County, almost four years since a 20-year-old man was shot multiple times and then dumped in Osmun Lake in Pontiac. The sheriff said the young man was alive when he was put in the lake.

Angel Jose Alvarez, 22; his brother Juan Diego Hernandez, 27; and their mother, Guadalupe Maria Davila-Rodriguez, 46, were all arraigned on Tuesday on charges connected to the June 2018 murder of Emilio Valdez.

Oakland County Sheriff Michael Bouchard said they believe that Emilio was alive before he went into the water.

"I think one of the biggest sadnesses and probably the inhumane part of this is that we believe he, probably, was still alive when he was put into the lake even though he was shot more than once," Bouchard said.

The case had gone cold but Bouchard told the family they had never given up. The family can now start to heal after the arrest of the three family members.

Investigators said the mother and two brothers were on the radar since the beginning but more evidence was needed.

"They reexamine the file to look at everything; build out timelines what do we have what other pieces could we look for again," Bouchard said. 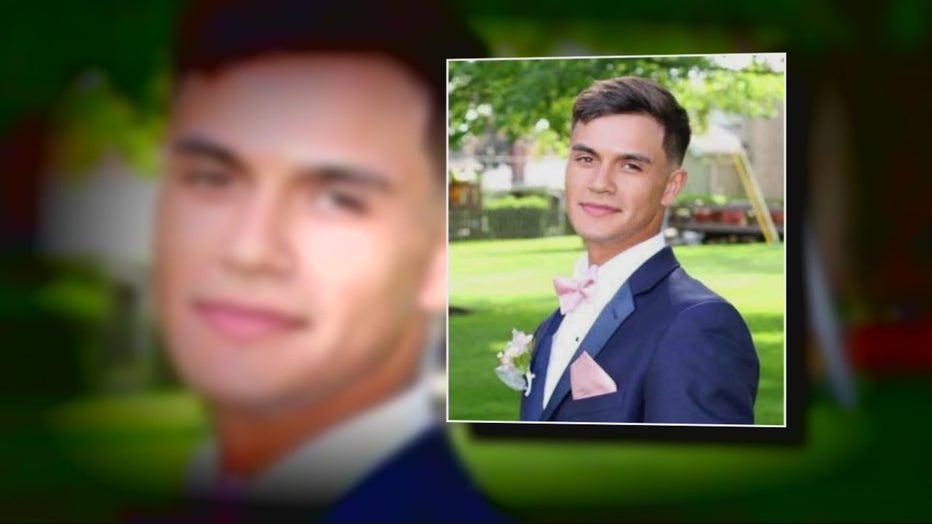 Alvarez is charged with shooting Emilio in June 2018 and then dumping his body in the Pontiac lake. He has no prior criminal history and bond was denied.

His brother and mother were both charged with accessory after the fact. They were arraigned and released on personal bond Tuesday.

Emilio's sister, Melissa Fielder, said they're anxious about what they'll learn about his death.

"I don’t care how dark the world is, there is always a light. Everything that happens in the dark will come to light," Fielder said. "We all make mistakes. His mistake was trusting people who he thought were his friends."

Bouchard said more information, including the motive, will come out in court.

Valdez' body was found in Osmun Lake after two men reported a violent scene while they had arrived to go fishing. They found bloody clothes inside a car parked near a dock. They said the car had a broken headlight and there was blood on and near the dock.

Deputies found tire tracks that entered the park from Cortwright Street that lead to a pair of benches near the dock. That's where deputies found the vehicle had hit one of the benches. Police say there appeared to be drag marks and a blood trail and that lead out to the dock, then ended on the dock where a section of railing was missing.

Angel Jose Alvarez, 22, was charged with open murder and using a firearm in the commission of a felony in the murder of Emilio Valdez.

Valdez' body was found near that section of missing railing. The bloody clothes were found in nearby weeds and appeared to have a bullet hole.