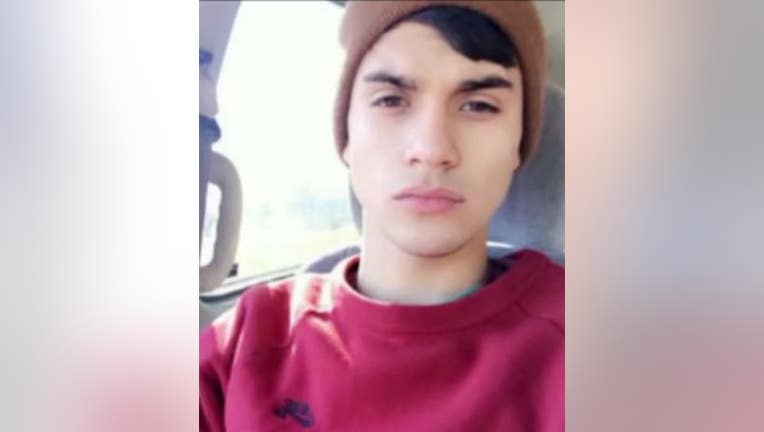 PONTIAC, Mich. (FOX 2) - The Oakland County Sheriff's Office announced on Monday that two brothers and their mother have all been arrested in the 2018 murder of a 20-year-old who was shot multiple times and then dumped in Osmun Lake in Pontiac.

Angel Jose Alvarez, 22; his brother Juan Diego Hernandez, 27; and their mother, Guadalupe Maria Davila-Rodriguez, 46, were all arrested on Friday in connection to the June 2018 murder of Emilio Valdez who was found dead after being dumped at Osmun Lake in Pontiac.

The sheriff did not provide a motive for the murder but Sheriff Michael Bouchard said deputies were relentless to make arrests in the case.

"I am proud of our deputies who constantly dig for more information and look for ways to not only solve crimes but to bring perpetrators to justice," Sheriff Michael Bouchard said. "We look forward to those involved in this homicide being held accountable."

Valdez' body was found in Osmun Lake after two men reported a violent scene while they had arrived to go fishing. They found bloody clothes inside a car parked near a dock. They said the car had a broken headlight and there was blood on and near the dock.

Deputies found tire tracks that entered the park from Cortwright Street that lead to a pair of benches near the dock. That's where deputies found the vehicle had hit one of the benches. Police say there appeared to be drag marks and a blood trail and that lead out to the dock, then ended on the dock where a section of railing was missing.

Angel Jose Alvarez, 22, was charged with open murder and using a firearm in the commission of a felony in the murder of Emilio Valdez.

Valdez' body was found near that section of missing railing. The bloody clothes were found in nearby weeds and appeared to have a bullet hole.

According to deputies, Valdez' sister reported she saw her brother get into a black Pontiac Grand Prix earlier that day. She said she heard several gunshots and the car then sped away.

That Grand Prix had been reported stolen by Davila-Rodriguez. Deputies said they did not know that day that her son, Alvarez, was driving the car.

The car was later found in Sylvan Lake as well as other evidence including a spent shell casing, blood, and Valdez' cell phone.

Alvarez was questioned that day but denied any knowledge of Valdez' murder.

Detectives said they uncovered other information that ultimately led them to the charges but they did not detail what that information was.

Alvarez is charged with open murder and using a firearm in the commission of a felony. His mother and brother are each charged with being accessories after the fact to open murder - 5 -year felonies. They are all being held in the Oakland County Jail.