When the officer checked the area, they found a loaded 9 mm pistol in a small bag under rocks. The gun was reported stolen from another state.

AUBURN HILLS, Mich. (FOX 2) - A 17-year-old from Pontiac is in custody after bringing a gun to an Avondale High School football game Thursday in Auburn Hills.

According to police, an officer saw three teen boys approach the main gate around 7:30 p.m. When the teens saw the officer, they quickly turned around and went behind a building near the parking lot.

When the officer checked the area, they found a loaded 9 mm pistol in a small bag under rocks. The gun was reported stolen from another state.

Police began looking for the teens, and detained three teens for questioning. However, surveillance video showed that the teens they detained did not have the gun. An investigation led to the identification of the suspect, who was arrested at his home Friday.

The teen is at Children’s Village pending a review for charges by the Oakland County Prosecutor’s Office.

"It went right, so we’re very pleased at that," said Superintendent James Schwarz. "We don’t know what the motive of the situation is or was, but in this day and age, carrying something of that nature is just inviting trouble for yourself.

"Whether this was stupidity or some motive, the person in custody is going to have some consequences."

Police said the suspect is not a student at Avondale High School or Holly High School. A school dance that was scheduled at the high school after the game was canceled due to the incident. 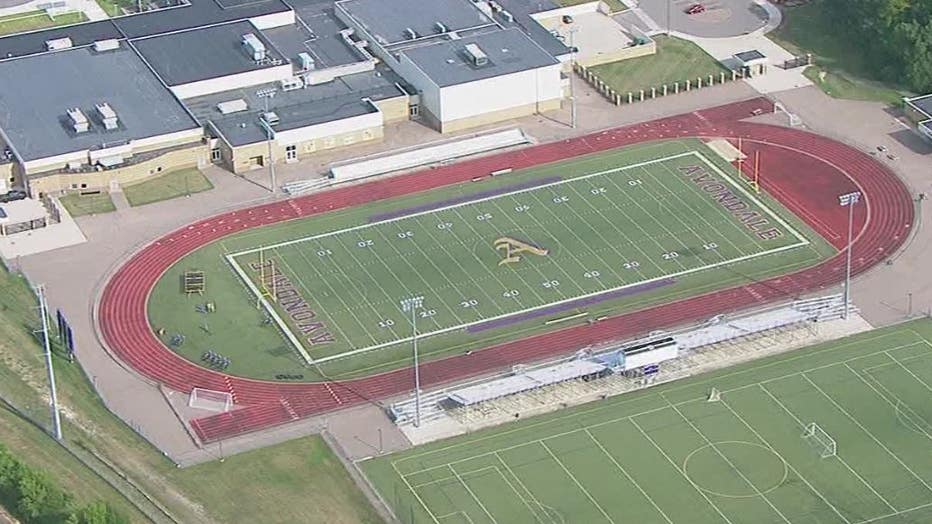