Lynette Kipp isn't getting what she expected when Royal Oak revamped the neighborhood park.

ROYAL OAK, Mich. (FOX 2) - Lynette Kipp isn't getting what she expected when Royal Oak revamped the neighborhood park - a port-a-potty on Longfellow Avenue.

"A lovely outhouse to look at while I sit on my porch," she said. "There is no screening, no landscaping, there is nothing to camouflage it. It is just sitting right out there for all to see and smell."

The city spent more than a million dollars in federal money for a fancy new playscape at Lawson Park along with a new pavilion, new baseball field, and new basketball court.

All the new items attract more people, so the Parks and Recreation Department decided there needed to be someplace for people to go to the bathroom.

"It’s just your typical port-a-john, port-a-john smell, the stench may be a bit stronger on the weekends especially when the pavilion is in use," said John Fedele, superintendent, Royal Oak Parks and Recreation.

And the neighbors will tell you the same thing.

"So it’s not a constant thing but when the wind blows, I can smell it, and it’s not something you want to smell inside your house," said Josh Fisher who lives nearby.

"The wind is pretty big, and you get the crosswind, watch the direction of the wind it whips across our yards the leaves, smells," said resident Melissa Karruth.

"It seems to us to be really poor planning, especially with all the money they got," Fisher said.

"The only place it could migrate is into the middle of the park," said Mike Thompson. "Ideally it needs to be a brick and mortar."

"So maybe a smaller play structure and then a little extra budget for some nice facilities for people to use," Fisher said.

FOX 2 asked the city if that was ever an option.

"So there are a lot of variables that we look at when we kind of put together a park," Fedele said. "We felt like the cost for the brick and mortar restroom did not warrant pulling amenities away or reducing the amenities of that particular park."

Not surprising, that response isn't going over well with some residents.

The city said the portable restroom will be removed at the start of November when peak park season ends. But it is expected to return next April. 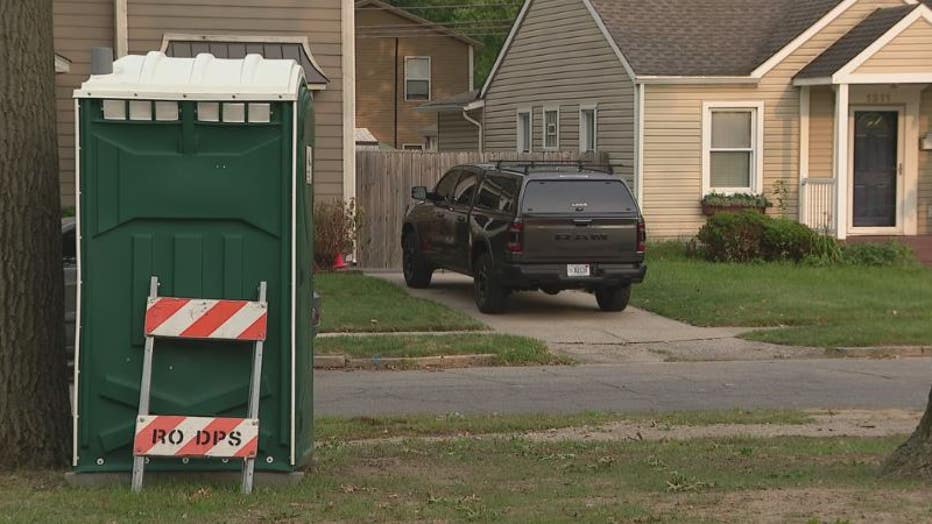