SOUTHFIELD, Mich. - Police believe the six teens involved in a crash late last week were traveling upwards of 100 mph when the driver lost control and ran off the road, resulting in the deaths of two teens.

The accident happened in Southfield around 9:06 p.m. Friday night after a Cadillac SRX driving north on Telegraph. The vehicle allegedly changed multiple lanes before it struck a curve, exited the roadway and went airborne.

It eventually struck a tree, ejecting four of the six passengers.

A preliminary report from the Southfield Police Department found that alcohol and drug use were not believed to be a factor when the crash happened. However, Chief Elvin Barren of Southfield said charges could still be coming for the driver.

"Any accident involving death, there is a nature of accountability that must follow. This accident will be treated as any other accident resulting in death," said Barren. "We will prepare a warrant request for the Oakland County Prosecutor's Office for a charging decision."

The crash killed DeRell Blackmon and JaQai Garrett, both students at Oak Park High School. The tragic loss of life hit the community hard and school officials made grief counselors available for any who needed to mourn.

All victims in the incident were between the ages of 16 and 17 years old. Police said two were sitting in the front of the vehicle, three in the middle row, and one was seated in the back. It's unclear if a seat was in the back, however, police believe misuse or nonuse of seat belts played a factor.

Emergency personnel from Farmington Hills, Redford, and Bloomfield responded with assistance, including offering a cadaver dog that Barren said was instrumental in finding victims that were between 10 and 15 feet from the crash site.

When the vehicle crashed, it had been redirected down a valley before it was launched. It eventually came to rest on a fence.

As life-saving procedures were administered to victims, the Southfield Fire Department put out a fire that had started at the crash site. A drone was also used in locating others.

One victim remains in critical condition, while the other three involved are in stable condition. 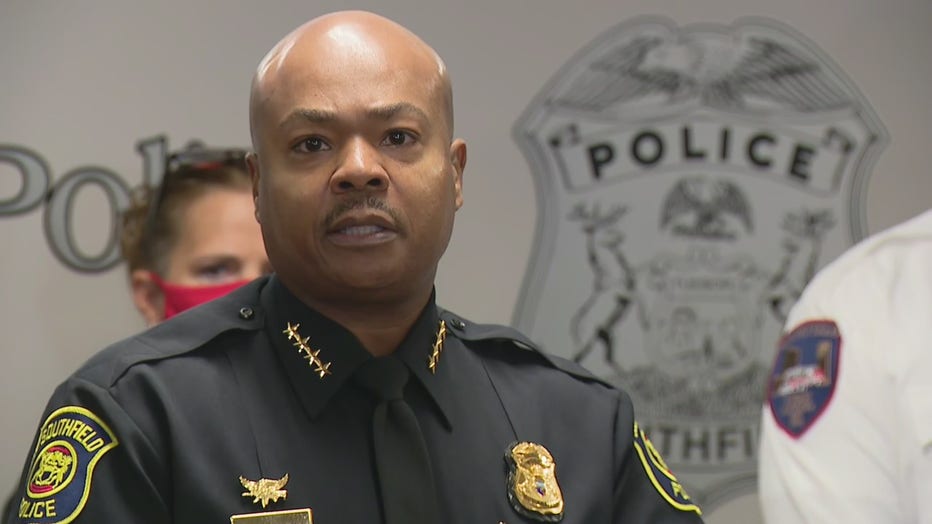 An investigation is ongoing. During his press conference, Barren made a plea for teens to slow down while driving.

While there were many details the chief declined to include, he did add the driver was 17 years old.