EASTPOINTE, Mich. (FOX 2) - When a letter went out in Eastpointe saying that lead service lines were being removed - questions were raised.

The biggest is - why didn't everyone get a letter? In November, a letter from the city went out to 1,313 residents who have lead service lines leading to their home. The letter talks about removing the old lead water lines and how to get water filters and home testing kits.

“There is no new issue in the water system, it is a change in the Michigan Safe Drinking Water Act," said Councilman Cardi DeMonaco. “It’s roughly 10 percent of the homes in Eastpointe. There are 13,000 to 14,000 homes.”

Coincidentally at the same time the letter was sent out, little Bailey Moser is turning 1 and headed to the doctor for an annual checkup.

“I didn't have any idea to get her tested it was WIC who wanted me to. It was routine when they hit a year and I said yeah," said Destinie Moser.

Moser was not one of the 1,300 to get a letter from Eastpointe, but she did get a letter from the health department. Her child had lead in her system twice the threshold amount - and instructions to call a doctor.

“When it comes to your child, it’s extremely frustrating," she said. "If it was me I could wait, but it’s my daughter.”

Right now it is impossible to say where the lead exposure came from - paint, water or otherwise. And to make matter worse, Destinie is 18 weeks pregnant.

When you couple all this with the fact that some of her neighbors are getting lead warning letters from the city - her head is spinning right now. 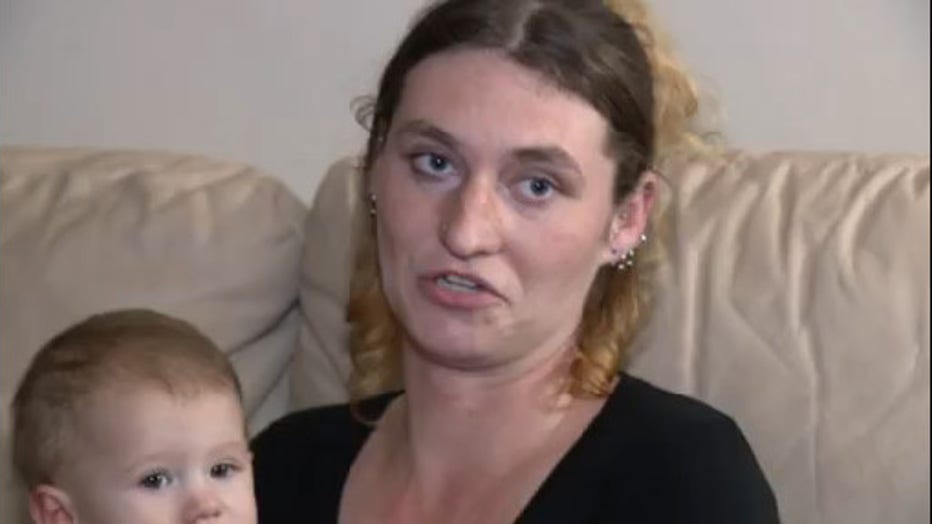 And Councilman DeMonaco says he understands that frustration.

“I would like to apologize on behalf of the city for just sending the letters to the homeowners that only had the lead lines," DeMonaco said. "Because those who didn't get a letter, thought they were missing a letter."

As the city moves forward in the process of removing the lead water lines, they will make a conscious effort to keep everyone informed.

The removal process will begin this summer. The city hopes to replace 5 percent of the lead lines a year for the next 20 years.

Moser said a health department nurse came by today and set her mind at ease by giving her information and promised that they would be testing her water to get to the root of the problem.