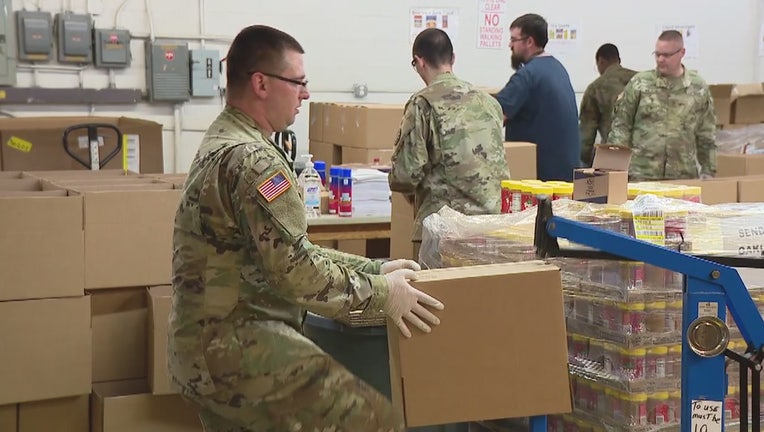 Gov. Whitmer called on the President to authorize the extension of the National Guard which had been set to end on June 24 saying the guardsmen were vital in the state's response to COVID-19. Additionally, she said extending the national guard would extend federal pay and benefits.

The Michigan National Guard was first brought in late March to help food banks distribute food but has also been on the ground the for past few months to help build the temporary field hospital at the TCF Center in Detroit.

“The Michigan National Guard has been instrumental in our efforts to flatten the curve and mitigate the spread of COVID-19 and will continue to play a vital role as we slowly and safely reopen our economy,” Governor Whitmer said. “We need to keep working to expand testing and this extension will ensure we can continue to ramp up testing throughout the state. Moving too fast without the tests we need could put Michigan at risk of a second wave of infections.”

With the President's authorization, many members of the National Guard will qualify for federal retirement and education benefits made available under the GI Bill. Without an extension, some Guard members would not have been eligible to receive these benefits.