FOX 2 - This weekend former President Donald Trump will visit Washington Township for his "Save America" rally. He’s expected to stump for Republican candidates Kristina Karamo and Mark Deperno, who are running for Secretary of State and attorney general respectively.

"For the first time, we now have candidates running for secretary of state and attorney general, who actually deny the 2020 results, who are trafficking the big lie and peddling conspiracy theories," Tiffany Muller said.

Muller is president of "End Citizens United - Let America Vote." Her group launched the "Democracy Defenders Program" which will use $7 million to support various Democrat attorney generals and secretary of state candidates nationally including Michigan Secretary of State Jocelyn Benson.

"The threats against our Democracy are truly a five-alarm fire, and in that fire, Michigan is ground zero," Benson said.

On a Zoom call, Benson repeated the 2020 election results were 100 percent accurate and more Michiganders voted in the presidential election than ever before.

Both Benson and Tiffany Muller believe the November midterm elections are just as high stakes.

"In Michigan, every voter will have an opportunity to choose Democracy or to choose a system that will not protect their right to vote, to choose leaders who have actively shown themselves to be willing to overturn or thwart the will of the people simply because they disagree with it," Benson said.

FOX 2 reached out to the Trump camp, which is organizing Saturday's rally. We did not get a response by our deadline. 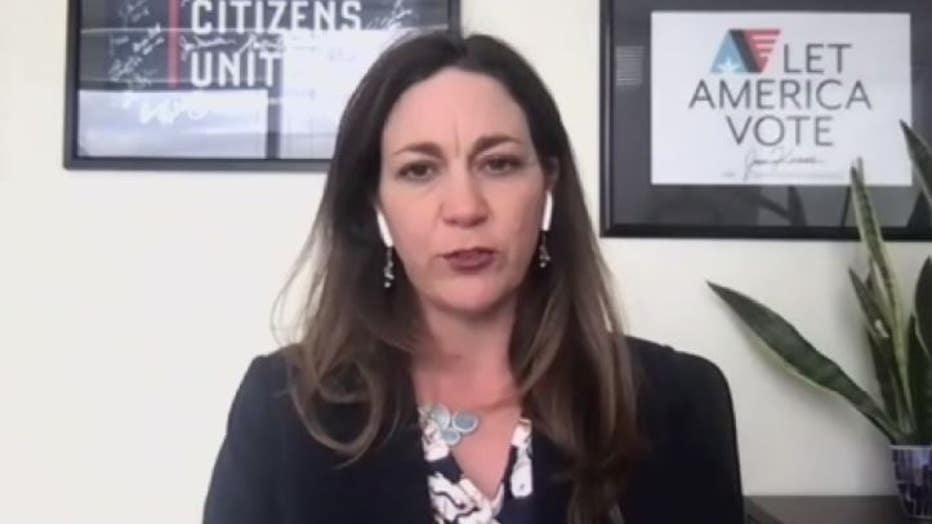