Feds crack down on fentanyl coming into US

The DEA is working to stop the dangerous drug fentanyl from getting into the United States from other countries.

DETROIT (FOX 2) - A new effort by the Drug Enforcement Agency aims to dismantle fentanyl trade into the United States.

Fentanyl, which was created as a drug for cancer patients, is often mixed with cocaine, heroin, or meth to intensify the high.

Project Wave Breaker launched last month to stop the dangerous drug from making its way into the country. DEA special agent in charge Keith Martin said there have been record-breaking busts of fentanyl since the launch.

"If you’re seizing 100 pills, 25 of those are possibly deadly," Martin said. " Some unsuspecting person might be taking an Oxy 30 but it's actually fentanyl that could kill them." 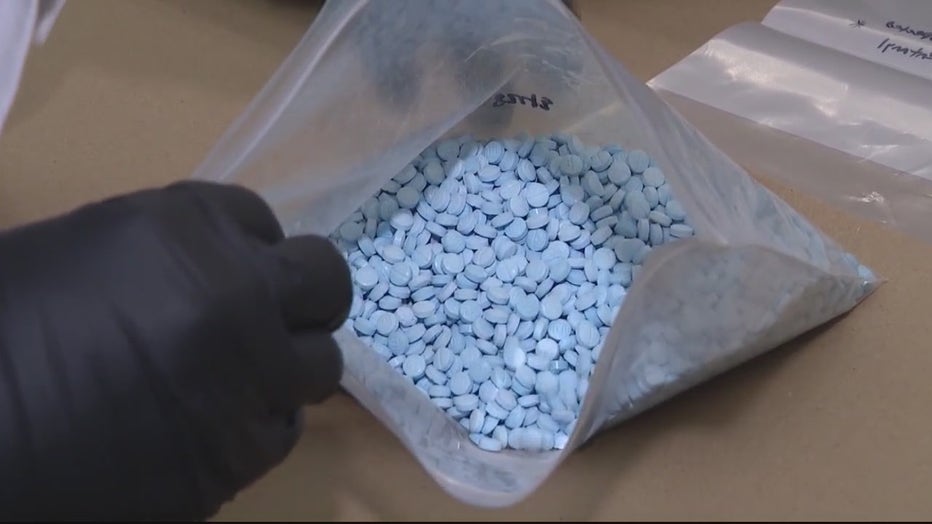 Cartels such as the Sinaloa use the same trade routes they have for 100 years, making southeast Michigan and the west side of the state hot spots for use.

"What we are doing is attacking those trade routes with interdiction. If it’s in Michigan, it's enforcement, and we are doing community outreach," Martin said.

Martin said the fentanyl is processed by a complex partnership between cartels in Mexico and China.

"The cartels sent chemists to China, and the Chinese have people in Mexico, and they are now producing fentanyl in Mexico," he said.

Martin also noted that cartels have been sitting on drug stockpiles during COVID-19 border closures, waiting to get the drugs to buyers in the U.S.