ANN ARBOR, Mich. (AP) - Ann Arbor is banning the sale of tobacco to people under 21.

City Council voted 9-2 on Thursday to give final approval to an ordinance raising the minimum age to purchase tobacco products in the city from 18. It's joining the Tobacco 21 movement, which has been embraced by other communities in the U.S.

Councilman Kirk Westphal says he's "happy to do anything we can to play a leadership role on this effort in Michigan."

Supporters argue that the measure will make it harder for teens to get cigarettes, help prevent early tobacco addiction and save lives. Opponents argue it's an overreach by the city and say those under 21 will go to other nearby communities to buy cigarettes.

"When you're 18, I think you're old enough to make that decision as it is you alrready got the right beforehand -- if you are going to vote why cant you smoke?" said Isaac Batty.

So far 180 cities across the nation are part of the National Tobacco 21 movemement. Ann Arbor is the first Michigan city to pass the ordinance.

"It's your choice -- if you want to smoke then I think you should be able to make that decision on your own when you are 18," said Marisa Pezzino.

Billy Georges, who works at the State Street Liquor Store, said he doesn't think it's right but he's not worried about business.

"I don't think it will effect anything -- there's not much profit in cigarrettes anyway ... mostly tax," he said.

But it's a much different story for the Maison Edwards Tobacco shop, which is across the street from the Diag on the campus of U of M. The store, which has been there since 1963, soley depends on the sales of tobacco products -- business they believe will surely suffer.

"It's a city-wide ordinance but it can't trump state or federal law so we don't really know if it's going to be enforced or how to follow through," Kelly Thayer said.

Even if it was enforced, there would be no penalty if someone sold to a customer under the age of 21. Officials hope limiting sales will help keep smokes out of the hands of 15 to 17 year-olds.

Some pediatricians, who are in favor of the ban, think it can only help.

"I think all of us as health care workers think it's good idea to hopefully decrease pediatric smoking rates," said Tom Michniacki. 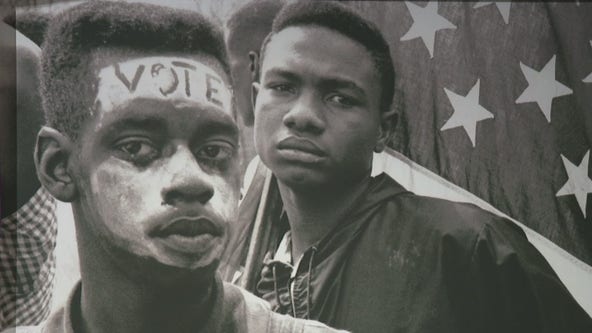