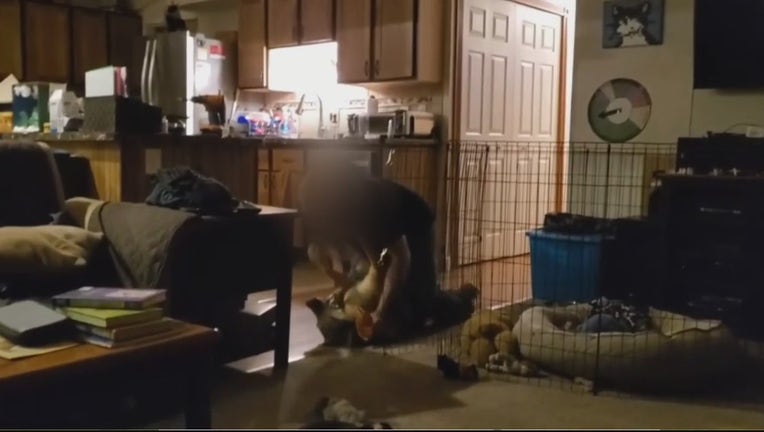 Prosecutor Pete Lucido authorized a misdemeanor charge of animals - abandoning/cruelty to one animal on Monday after conferring with veterinary experts. He noted that the sheriff's office did not ask for a felony charge on its request for charges. The charge carries a penalty of 93 days in jail, $1,000, up to 200 hours of community service, or any combination of the penalties.

A video posted to YouTube last week showed the suspect abusing a German shepherd in a Ray Township home. Authorities are not identifying the man.

According to Lucido, Macomb County Animal Control has examined the dog and determined it was not injured. It was also discovered that the dog bit a juvenile and a puppy at the home.

The phone with the video on it has been taken as evidence, but investigators have not yet been able to access its contents.

Last week, Macomb County officials held a news conference demanding charges, and the video of the alleged incident was removed from YouTube the same day. While Lucido's office has a copy of the YouTube video, early press statements made before it is retrieved from the cell phone may now raise evidentiary challenges, he said.

"I ask that everyone please refrain from holding press conferences and making statements about evolving cases until all of the evidence is secured," Lucido said. "We take these allegations very seriously and do not condone the mistreatment of animals in any regard."