The video will make your stomach turn and we recommend not watching it if you're an animal lover. It shows a veterinarian, who has a practice in Shelby Township, beating and choking his dog. According to authorities, a family member of the vet recorded the video.

The dog's cries are haunting as he's allegedly attacked and beaten. The veterinarian has not been charged yet so we can't name him.

But we did go to his office on Thursday, which was unexpectedly closed on Thursday.

Vickie Nichols says she was nearly a client of the vet after she called the office about bringing her 8-week-old puppy there. But earlier this month, they said they weren't taking new patients.

"He's supposed to care about animals. This is so disgusting," Nichols said. "I think that's why I'm so upset and terrified I could have taken my dog here."

Investigators said the video was posted to YouTube of him allegedly beating the dog and, according to FOX 2 sources, the video was taken by his son.

"Some citizen had seen it. They recognized who this was, where it was, and called authorities," Macomb County Executive Mark Hackel said on Wednesday. "We got inundated with calls, people wanting to know what we are going to do. We just want to let people know that we have handled it."

Hackel's office oversees animal control. He said the dog in the video and others have been removed from the home. 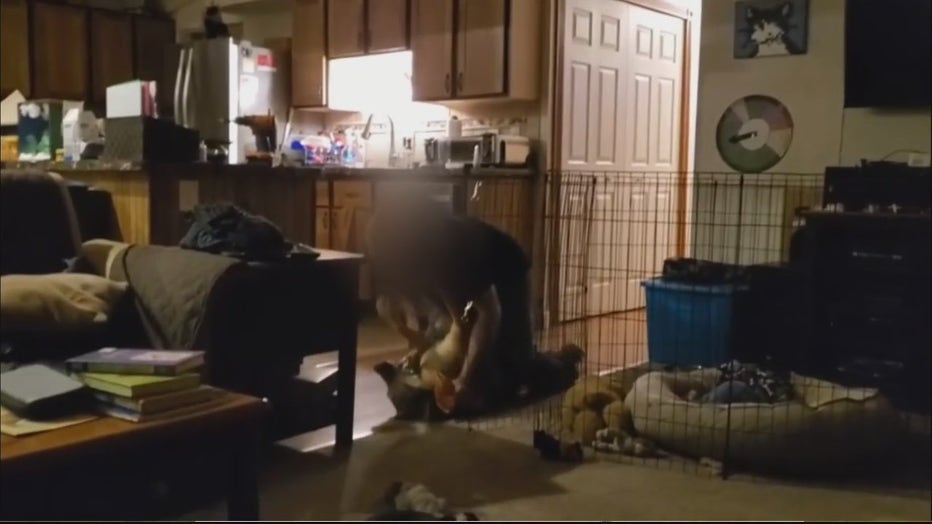 Theresa Sumpter runs Detroit PItt Crew Dog Rescue and sits on the board of the animal abuse task forces in Macomb County.

"The part that I saw I had to stop was he was holding the dog down and the dog was screaming," Sumpter said."I don't think that there is any reason why no matter happened before this filming why anybody would treat an animal like that."

Nichols thinks there's only one thing that should happen to the vet.

"Prison. Send him to prison and let the other prisoners figure out what his punishment should be. Right?"

The vet is looking at animal abuse charges and an arraignment is possible in the coming days.