FARMINGTON HILLS, Mich. (FOX 2) - Tonight we are learning more about the married couple charged with the death of their 15-month-old son in a Farmington Hills motel.

Sitting side by side in an Oakland County jail. Isaias Porras and his wife Amanda learned their charges, which include murder and child abuse - punishable by life without parole. Amanda is facing accessory after the crime.

On Sunday police went to the Motel 6 off Grand River for a welfare check on the couple’s son Isaias Daniel Porras where he was found dead, wrapped in blankets.

In court, the prosecution says both parents confessed to their role of abuse leading to the one-year-old’s death.

Police say they spoke with the parents outside the hotel room. The Oakland County assistant prosecutor says the mom tried to mislead police.

"Indicating they had given the child away when in fact the baby was covered with blankets in the hotel room," said prosecutor Amy MacGregor. "He was covered from head to toe in bruises and such blunt force trauma it results in subdural hematoma to his brain ultimately resulting in his death."

MacGregor said Amanda never tried to stop the attacks on her own son.

"While observing the child beaten and convulsing, she didn’t call 911, she did not seek medical help," the prosecutor said. "She was with the "child and didn’t do anything to assist."

"Family had become concerned about the safety of Daniel based on recent contacts with his parents," he said.

Police say the couple were living at the motel six for an extended period of time. Their attorney says they were trying to start a self-help business.

"He is currently developing his own company, Mindset University." said attorney Richard Small.

Videos posted to their Facebook pages back up those claims.

"Some people started telling us like why are you living out of a hotel. You should be getting a business space, all sorts of stuff that people come up in their minds, I don't know where they get these kinds of all this negativity." Isaias Porras said.

"So for the people who are looking for a new career. you need to reach out to the people that are on that path and have achieved the levels you guys are at," said Amanda Porras in another video. 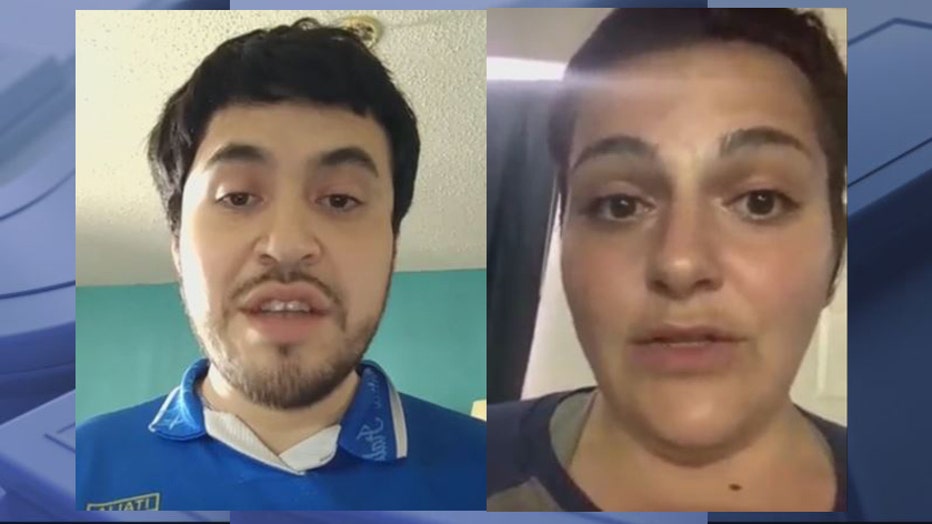 Isaias Porras and his wife Amanda are charged with the death of their son, just over a year old.

But police say even though they see the worst of the worst some days, what they found on Sunday stands apart.

"It is magnified significantly when it’s a child," King said.