The investigation into Tuesday's tragic mass shooting at Oxford High School continues. Oakland County Prosecutor Karen McDonald wouldn’t confirm — or deny charges to come against anyone associated with the school.

She pointed to two red flags by suspected shooter Ethan Crumbley which she believes could have stopped the shooting. On Monday, one day before, a teacher made a disturbing discovery, she said.

"A teacher at the Oxford High School observed Ethan Crumbley searching ammunition on his cell phone during class and reported the same to school officials."

Crumbley’s parents were notified twice by the school, but they didn’t respond. Then, the next day, another teacher discovered a graphic note hours before the shooting.

"The note contained the following: a drawing of a semi-automatic handgun pointing at the words, ‘The thoughts won’t stop. Help me.’ In another section of the note, was a drawing of a bullet with the following words above that bullet: ‘Blood everywhere.'"

Under the section about threats, it says: "A student will not convey any threat against a student, group of students, building or district. This includes verbal, written, electronically transmit threats or posts."

It goes on to say that the school board could decide to suspend or expel the student and police will be contacted.

Related: James and Jennifer Crumbley charged with 4 counts of involuntary manslaughter each after Oxford mass shooting

While the prosecutor didn’t say if the drawing was perceived as a threat — school staff did meet with Crumbley and his parents about his behavior.

That is one of several responses, which follows policy. Others include detention, confiscation of an item, counseling, and notifying police.

Instead, educators allowed Crumbley to return to class with no mention of a handgun in his book bag.

If someone had searched Crumbley’s bag and found the gun, per the code of conduct, he likely would have been expelled and we wouldn’t be here talking about this tragedy today. 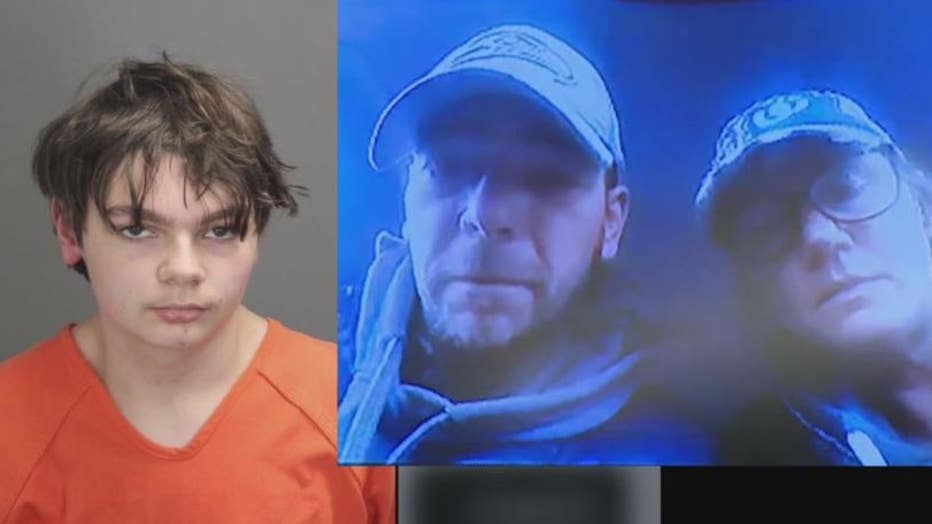