Genevieve Peters attended the Capitol insurrection and denied the results of the 2020 presidential election. Now, she works for the Macomb County Clerk's Office, and some are worried about that as the election nears.

MT. CLEMENS, Mich. (FOX 2) - Some Macomb County residents want a woman who attended the Capitol insurrection and denied the results of the 2020 presidential election to be removed from her role at the clerk's office.

"She is in a sensitive position she should not be in. This completely undermines the integrity of our elections," said civil rights attorney Huwaida Arraf. 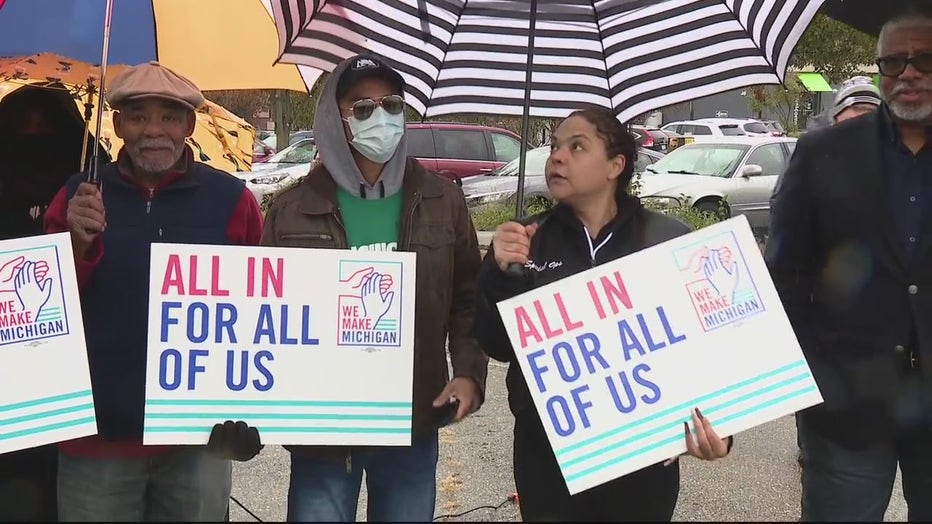 "People are nervous that their ballots won’t be truly counted. That was yesterday I received that phone call, ‘I turned in my absentee ballot, but I really don’t think it’s going to be counted, I don’t think my vote matters,’ and that’s a concern," Wallace said.

"They don’t know Genevieve Peters. Genevieve has been an excellent employee," he said. "She doesn’t work for elections, she works for the register of deeds, she works with all the different departments that we have. Keep in mind we only have four employees in the elections department, but I think some of those concerns are unfounded."

He said Peters' views from 1 ½ ago don't impact her job.

"There is no concern. First off, she is not in elections. Even if she was, who better to have than someone who is concerned about elections and concerned if the elections are done properly? I can tell you Genevieve has been an excellent employee and is all about election integrity and that’s what I’m all about," Forlini said.

"Maybe she should come out and support him as much as he has supported her and say, ‘I apologize,’ or ‘I was wrong,’ or maybe she doesn’t feel like she was wrong in any way, but I think we should hear that because, like I said, voters are nervous," Wallace said.