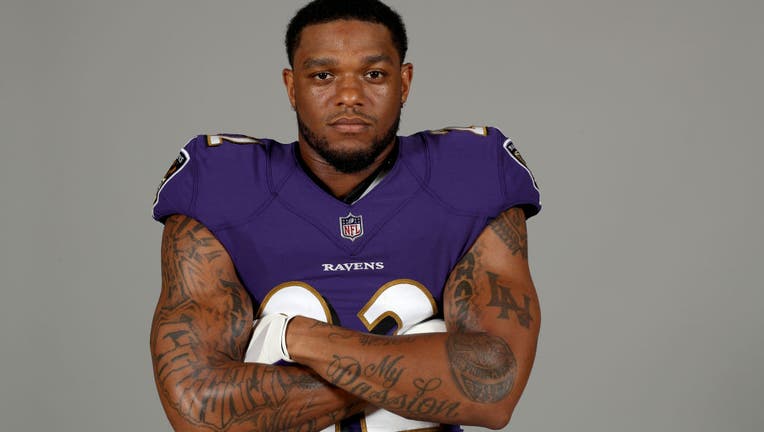 OWINGS MILLS, MARYLAND - JUNE 10: Jimmy Smith #22 of the Baltimore Ravens poses for a photo at the Under Armour Performance Center on June 10, 2019 in Owings Mills, Maryland. (Photo by Rob Carr/Getty Images)

LOS ANGELES - Baltimore Ravens cornerback Jimmy Smith and his family are safe after they were robbed at gunpoint shortly after flying into Los Angeles earlier this week, it was reported Friday.

The Southern California native and his family were allegedly followed from LAX to their hotel where the robbery took place on Tuesday, Jeff Zrebiec with The Athletic reported.

"We are aware of the situation involving Jimmy Smith. We have spoken with Jimmy, and he and his family are safe," the Ravens said in a statement.

Smith has played his entire NFL for Baltimore. According to ESPN, the 32-year-old re-signed with them on a one-year deal worth $5 million earlier this year.