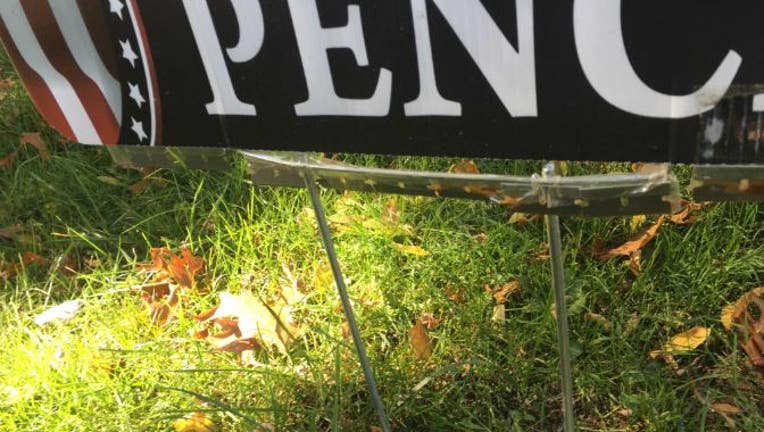 COMMERCE TWP., Mich. (FOX 2) - An investigation is underway in Oakland County after a man was injured while trying to move a political sign. The sign had been lined with hidden razor blades at the bottom.

The election worker was in Commerce Township attempting to relocate the Trump-Pence 2020 sign when he was injured.

Editor's Note: Images below are graphic and may be distressing to some 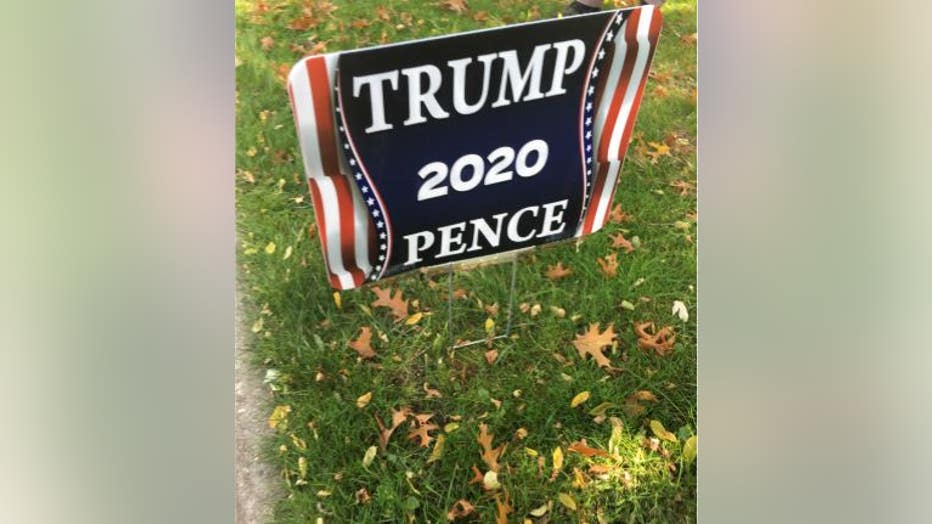 The sign near Sleeth and Wixom roads had been improperly placed in the right-of-way.

Several razor blades were taped along the bottom of the sign.

We're told the man was able to drive himself to the hospital and needed 13 stitches on his fingertips.

"Anyone passing by could've grabbed hold of the sign and been injured, a kid, a dog walking, whatever the case may be," said David Scott, the Commerce Township supervisor. "You can't booby trap signs with the intent to hurt someone. You know, I've seen signs that have been tied to a tree, chained to a fence post or a mailbox, preventing them from being removed. This was simply laid out to hurt someone - and it did." 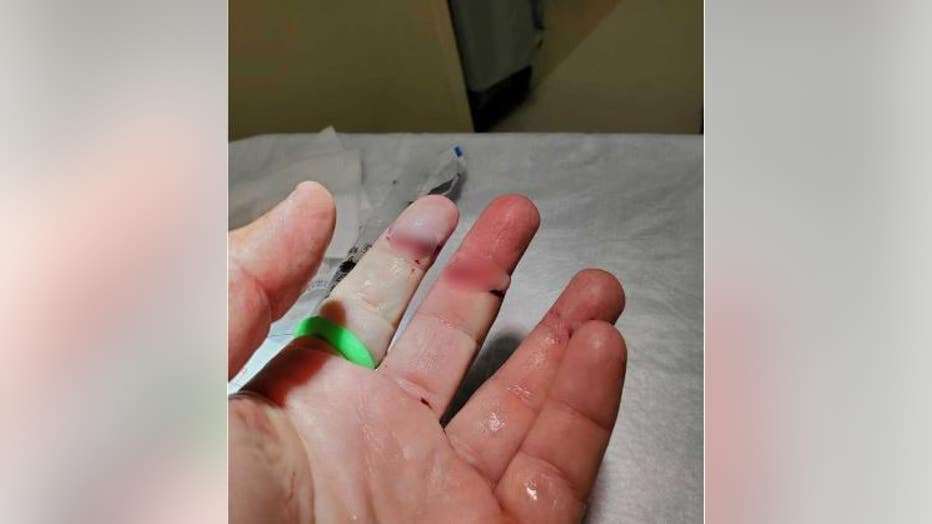 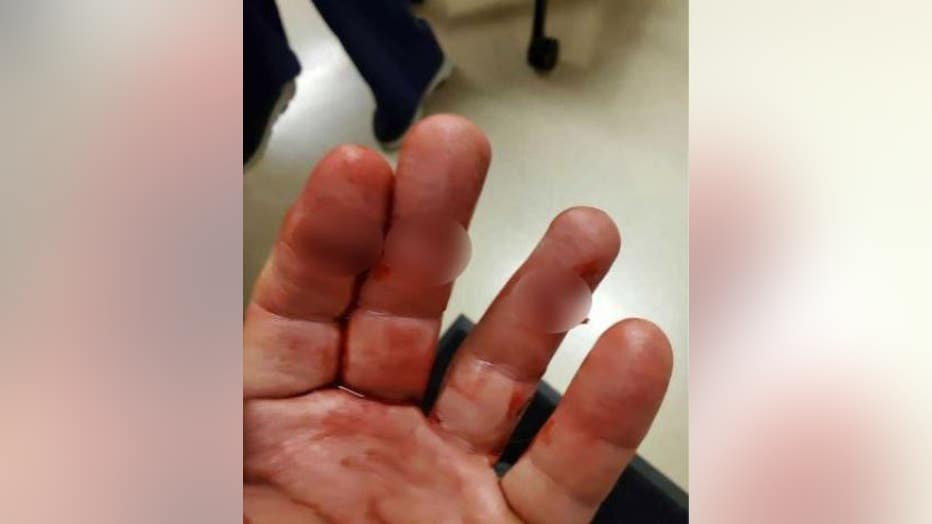