Parents and students shaken up after lockdown at Plymouth Canton schools

Canton police searched for an armed student at the Plymouth Canton Educational Park for hours Thursday afternoon. While they did not find the suspect today, the investigation remains active.

CANTON, Mich. (FOX 2) - Canton police searched for an armed student at the Plymouth Canton Educational Park for hours Thursday afternoon. While they did not find the suspect today, the investigation remains active.

They responded to the complex which houses three high schools and roughly 6,000 kids after a student called police saying they saw another student with a weapon.

That led to a lockdown that lasted for hours

"And then what really scared us was the part when she said this isn’t a drill," said Kenedy Williams.

"You kind of have to assume the worst," said student Acelino Villarini. "Because you can't play games with stuff like that, because lives are at stake."

FOX 2 talked with students after the lockdown as well as their parents.

"I was scared, look at what happened at Oxford, Oxford ran through my mind," said parent Larry Pado. "You don't know what is going with these kids nowadays."

FOX 2 obtained footage of students arming themselves with whatever they could, and be ready to fight back if confronted by an active shooter. 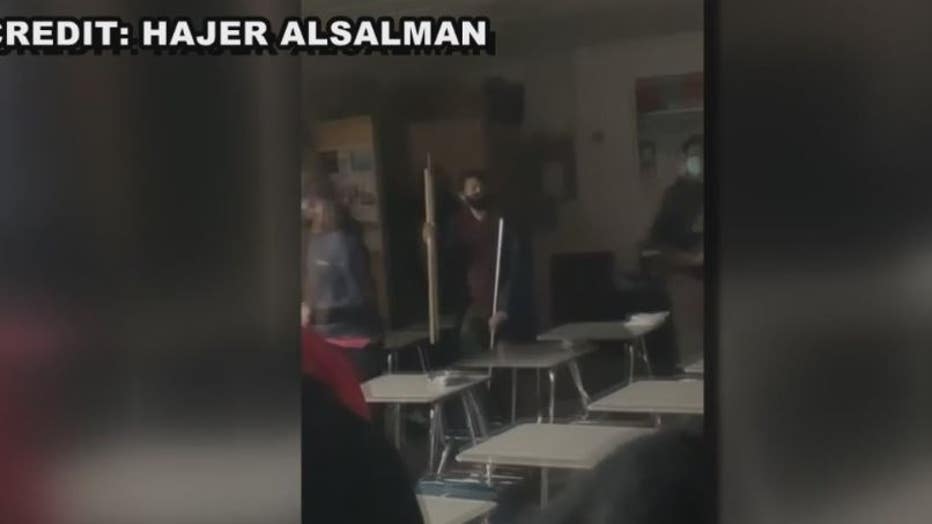 Students armed themselves with anything they could find. Photo courtesy by Hajer Alsalman.

"We heard a whole bunch of banging and they were barricading the doors," said student Tyler Bond.

"Everyone is safe. There's been no injuries," said Canton Police Chief Chad Baugh.

Police say no one was taken into custody and no weapons were recovered.  But the investigation is far from over. Investigators are poring over surveillance footage at the complex.

"We have many videos," Baugh said. "They are being analyzed, photographs, information from our citizens, your viewers, the students, and our internal databases we are using in an effort to locate the person thought responsible that caused this threat to be perceived by this person at the school."

The lockdown has both parents and students on edge -as it follows the oxford high school shooting that claimed the lives of four students. 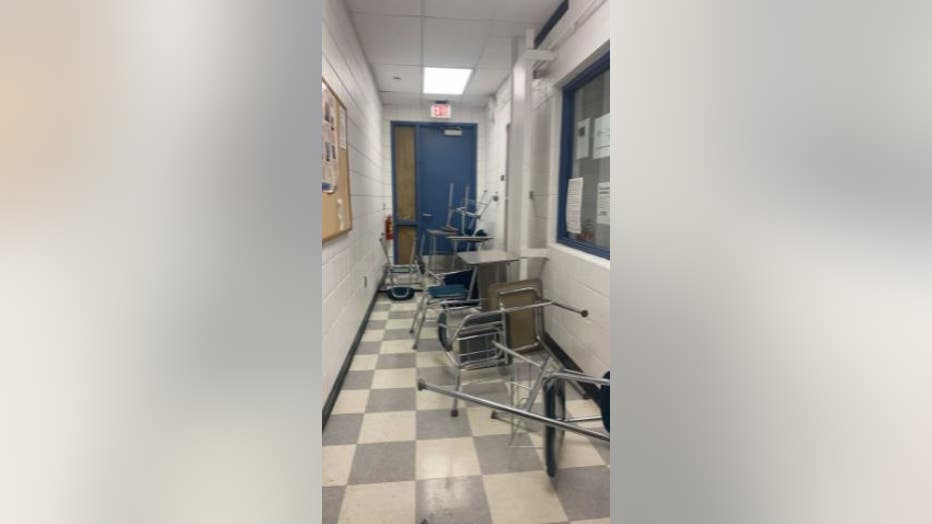 A myriad of threats against schools throughout Southeast Michigan followed — leading to closures, and county prosecutors filing criminal charges against students that allegedly made some of those threats.

"I just hope these kids realize that this has lasting and lifelong effects whether somebody dies or not," said parent Marie Castle. "I feel for them because they seem so lost."

Plymouth Canton Community Schools say that students' safety and well-being is their top priority and that all classes and programs are canceled Friday. 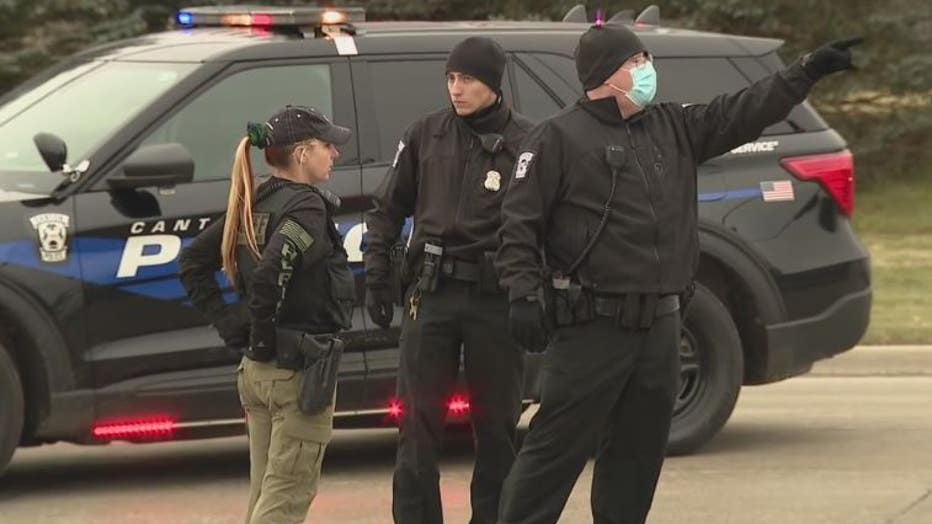