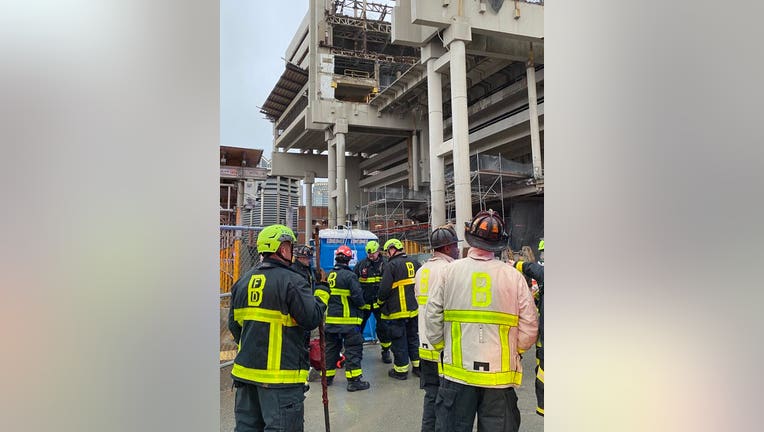 BOSTON - Boston authorities said one construction worker was killed when a parking garage that was being demolished collapsed Saturday.

"This is a terrible tragedy," Mayor Michelle Wu said to reporters. "My heart goes out to the family and loved ones of the worker here tonight."

Boston Emergency Medical Services confirmed one person was killed and a second person was transported to an area hospital, WCVB-TV reported.

Part of the Government Center garage came down after a concrete slab on the ninth floor collapsed, construction firm John Moriarty & Associates said in a statement.

According to Boston 25 News, Boston Fire Commissioner Jack Dempsey said the worker was in a bobcat when the floor collapsed and he fell nine stories. The worker was found under a pile of rubble and pronounced dead at the scene by authorities, Dempsey said.

The body has not been immediately recovered because Dempsey said firefighters are waiting until the Boston Inspection Services department determines the area can be safely entered. The building was also under construction.

Wu said multiple agencies, including the Occupational Safety and Health Administration, are investigating what caused the crash. She added right now authorities are working to stabilize the site.

"The city will work to do whatever it takes so that we understand what happened here," she added. "I'm just devastated by this tragedy."