A restaurant in Rome has been blasted on Twitter after a customer alleged that the establishment unfairly charged her and a friend $471 for two plates of spaghetti with fish.

A restaurant in Rome has been blasted on Twitter after a customer alleged that the establishment unfairly charged her and a friend $471 for two plates of spaghetti with fish.

After much uproar, travel site TripAdvisor temporarily suspended new reviews from being posted on the restaurant’s profile page, while the owner of the eatery has insisted that the menu prices are “clear” and that his business doesn’t deserve the backlash.

A woman identified on Twitter as Harukom recently took to both Twitter and TripAdvisor to call out Antico Caffè di Marte for reportedly charging her and her friend about $471 (429 euro) for two plates of the dish and two glasses of water, the New York Daily News reports. Harukom also said that the restaurant suggested they leave about $87 (80 euro) as gratuity, according to the receipt.

“Never go!” she wrote, describing the establishment as a “rip off,” according to a translation. The patron added that staffers “threatened that I couldn't go home until I paid,” in a post that has since gone viral with over 5,600 likes and more than 7,700 shares to date. 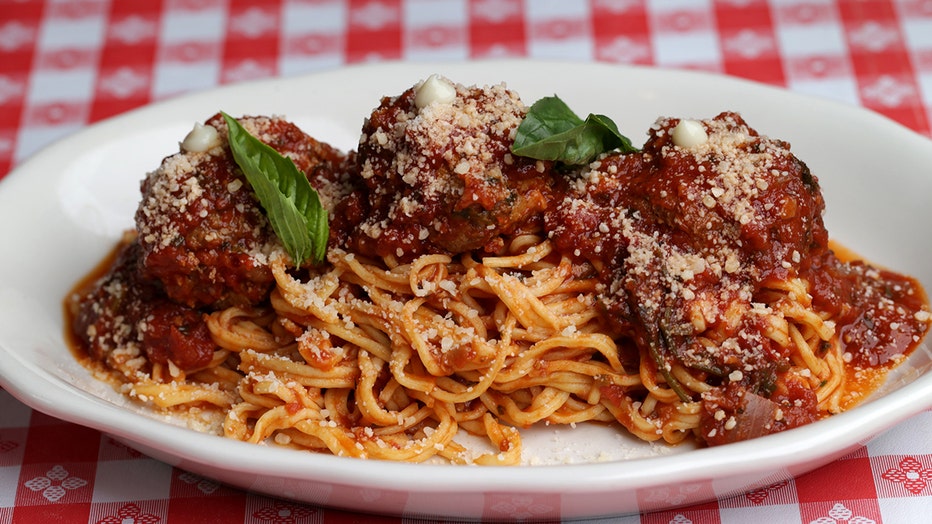 FILE - A plate of spaghetti and meatballs photographed at a local restaurant.  (Photo by Jonathan Wiggs/The Boston Globe via Getty Images)

In response, many negative reviews soon flooded Antico Caffè di Marte’s TripAdvisor page, with other people, who claimed to be customers, denouncing the business as a “scam” and “rip off restaurant.” Mediating the situation, administrators for the site temporarily suspended new reviews from being posted on the page.

“Due to a recent event that has attracted media attention and has caused an influx of review submissions that do not describe a firsthand experience, we have temporarily suspended publishing new reviews for this listing,” a note on the website reads. “If you’ve had a firsthand experience at this property, please check back soon — we’re looking forward to receiving your review!”

On Sept. 27, restaurant owner Giacomo Jin told local media that the establishment was not misleading in its pricing, and that Harukom’s order cost as much as it did due to the type of fish she ordered.

“Our menu is clear, everything is written in detail,” Jin said in a statement published by Il Messaggero.

"Everything is written in detail, just look at the prices: $18 (16 euro) maximum for a spaghetti with seafood," he continued. "To pay that figure, [Harukom] ordered not only spaghetti, but also fish. On the other hand, our fish is fresh: the client picks it at the counter, we weigh it and we cook it."

Jin also pointed out that the $87 suggested gratuity fee was not a mandatory charge, contradicting what the customer said.